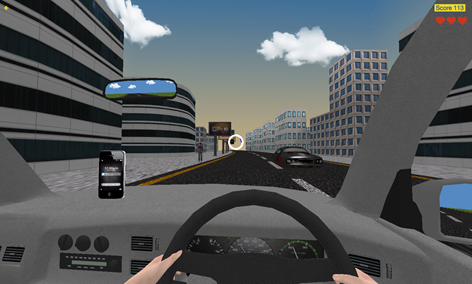 Now as you will probably have figured out by now, neither of my children are driving age yet – something I’m certainly thankful of, given their general craziness! But when they do get a little bit older and start wanting to learn to drive, you can bet your bottom dollar I’ll be a nervous wreck.

Everybody knows that teenagers are some of the most at-risk drivers on the road – partly at risk of their own driving, but also from other young drivers on the road. A combination of their inexperience and their young, care-free age is the double-whammy that adds up to this high-risk status – neither of which are their fault, of course.

Well, with this in mind, the clever people at Goodyear (they’re not just the tyre people anymore!) have put together some research to find out just how accident-prone young drivers can be – but that’s not all. They’ve also developed an amazing (and pretty high-tech!) solution to help those same young drivers to be safer on the roads…

Here’s a few stats to illustrate my point, thanks to the research that Goodyear conducted:

Aside from staying off the roads for your own safety, which isn’t really very practical, what can we parents do about this increasing problem?

Well, one of the first things you can do is download Goodyear’s “Driving Academy” app and let your children go for a spin in their own virtual car!

Having used the app myself I can testify that this thing is utterly genius – and won’t fail to make your young hot-rod think twice about their concentration.

Knowing how fussy teenagers are about technology, Goodyear have developed the app for two different formats. The basic, smartphone-only version can be used by virtually anybody with access to a phone. But to make things even more whizzy, the ‘cardboard’ version lets you use the app in 3D – adding a whole new dimension (pun intended!) to the experience.

It’s completely free to use, so I can’t recommend it highly enough – go take a look at http://drivingacademy.goodyear.co.uk/

1 thought on “Fatherhood: Review – Goodyear Making a Generation of Safer Drivers with VR”