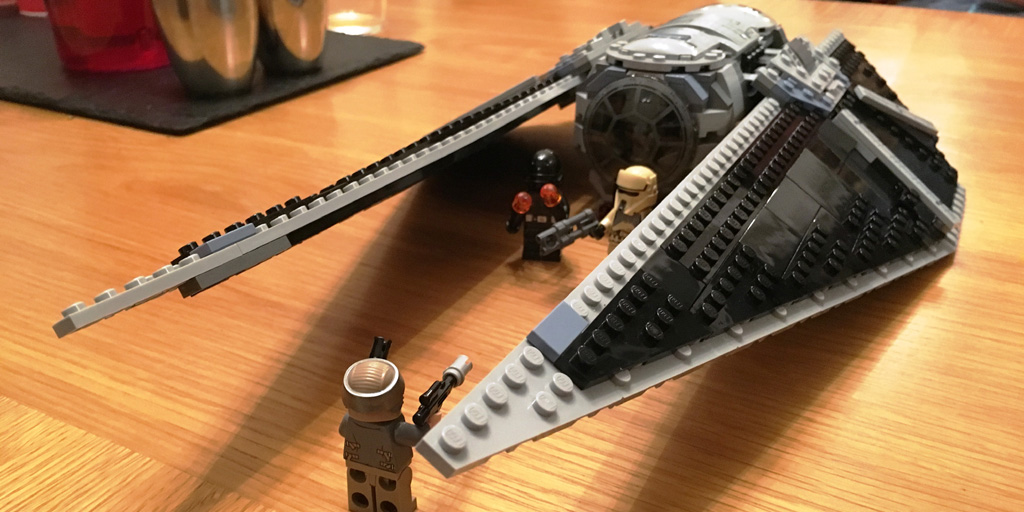 Today is an exciting day. It might not seem like much to you, but today I have fulfilled a dream which I have been working towards for nearly five years – ever since I started this very blog, in fact.

Sure, it might not seem like much to some of my fellow bloggers, many of whom get to do this all the time. But in the five plus years I have been blogging, with every single review I’ve written, I’ve secretly been working towards a time that I’d be asked to do exactly this. Because, in case you haven’t figured it out by now, I love Lego.

Sure, I’ve written a lot of posts about Lego – from a post about the Lego Shop in Westfield to a critique of the female representation in the Lego minifigures range. I’ve written tips for a life of Lego-Loving Family Life (top tip: keep the instructions) and I’ve even recreated a scene from the Lego Movie with the addition of a Sprout.

But until now, I’ve never been sent a Lego set and asked to write about it. So here goes…

Put short, it’s a great set. But lest any lovely PR people think it’s pointless in sending me Lego because all I’m going to say is “I love it”, let me go a bit further: it’s a great set compared to a lot of other sets out there at the moment. Why, I hear you ask? Well, let me give you a few reasons:

First up, it’s a good-sized set for the amount of money it costs. In recent years I’ve found a few “official tie-in” Lego ranges that have disappointed when it comes to value for money – the Scooby Doo range is one, Angry Birds another. I’ve never quite figured out what determines the price of a Lego movie tie-in, but I’ve got to assume the licensing costs is part of it – which used to mean that Lego Star Wars sets were also on the more expensive side. But thankfully, that seems to have changed lately (maybe with the Disney take-over?) and this and the other Rogue One sets.

Secondly, as well as being cost-effective it actually FEELS like a decent sized model – it’s got some weight to it, quite literally. As well as being a great reproduction (based solely upon the limited amount I’ve seen of the film, anyway) it DOES stuff. The wings change position – and more impressively, stay in that position, even when it seems like they shouldn’t. I’m not even sure HOW they’ve done that – I had to (begrudgingly) let the Children put it together, so I haven’t seen the inner-workings yet.

Thirdly, it’s got a lot of what I like to call “playability” – it does lots of things that allow children (or adults!) to role-play with it, including firing laser-missiles, opening cockpit, moving wings and a nice selection of figures. I know that seems silly to say for a toy, but there are some Lego models that don’t DO much, and seem to limit the amount of play you get out of them.

All in all, we’ve gotten a lot of entertainment from this model, so I can highly recommend it – the kids are now begging me to get another Rogue One model so that we can recreate scenes from the trailer!

You can buy it from pretty much all good retailers – The RRP is £59.99 but Amazon have it on offer right now, so shop around while you can!