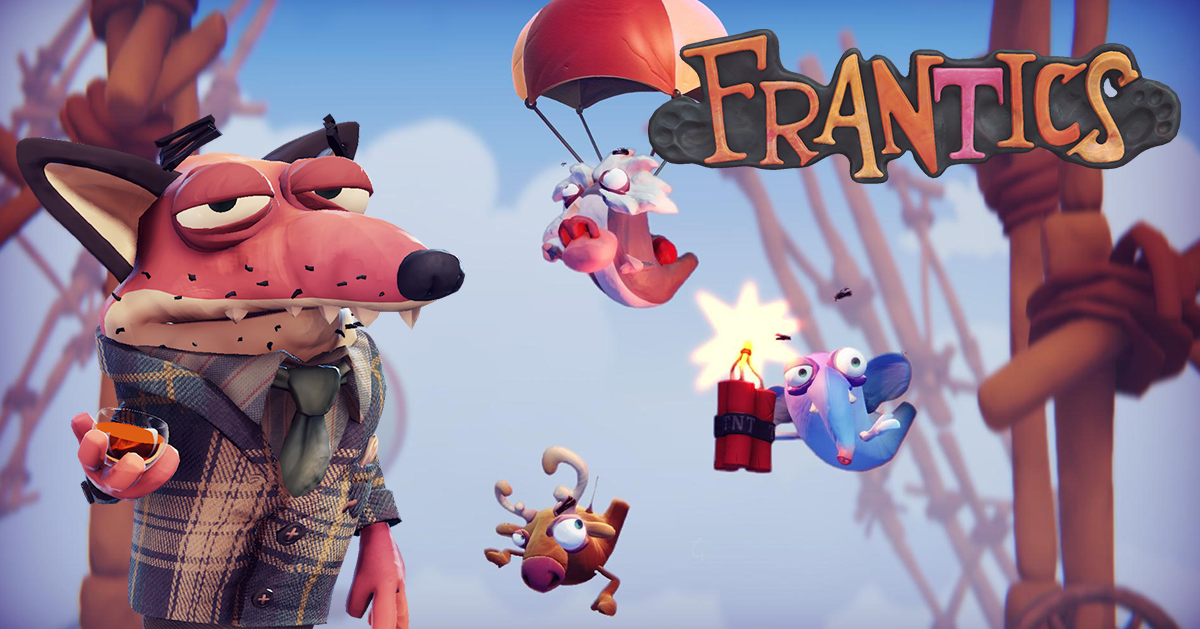 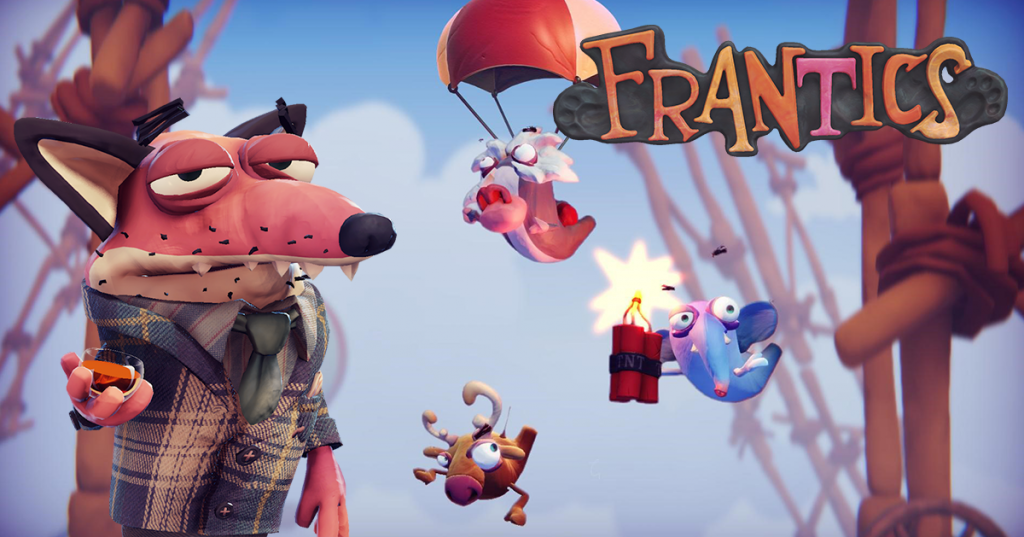 I’d usually start a review like this by pointing out that I’m “not much of a gamer”, or some other excuse to hide my lack of proficiency in matters of gaming. But thankfully, the game I’ve been asked to review this time is VERY different to your average console title – and i’m happy to report it’s RIGHT in my wheel house.

To set the scene a little, I’ve been playing console games for about 20+ years now. My first ever gaming console was a Sega Master System, and fast forwarding to today we have a Nintendo Wii, a PlayStation 4 and a couple of PS Vita’s in the house. But apart from being rather adept at Mario Kart Wii, I’m not really one for console gaming these days. 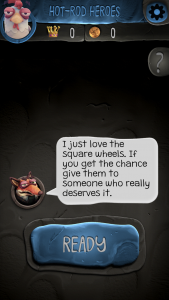 What I DO play, however, are a few Smartphone games – mainly on my long commute to and from London each day for work. You don’t even want to know what my high-score is on Candy Crush Saga. But I enjoy these skill-based games quite a bit, and the competitive aspect of it adds to the fun.

So when I found out about Frantics from the lovely PR people who are promoting it – and who kindly sent me a copy to test – I realised it was right up my street.

If you’re not familiar with this type of game (I’ve only really discovered them in the past 6 months myself), Frantics is a console-based game that allows players to use their Smartphone as a controller. Why is that any better than using the console’s own controller, I hear you ask? Well, for starters most players already have them – so each player can have their own without the need to buy more controllers for your console. Also: the screen on your smartphone (along with the camera) allow the game’s smartphone app to feed far more into the game than a traditional controller might. 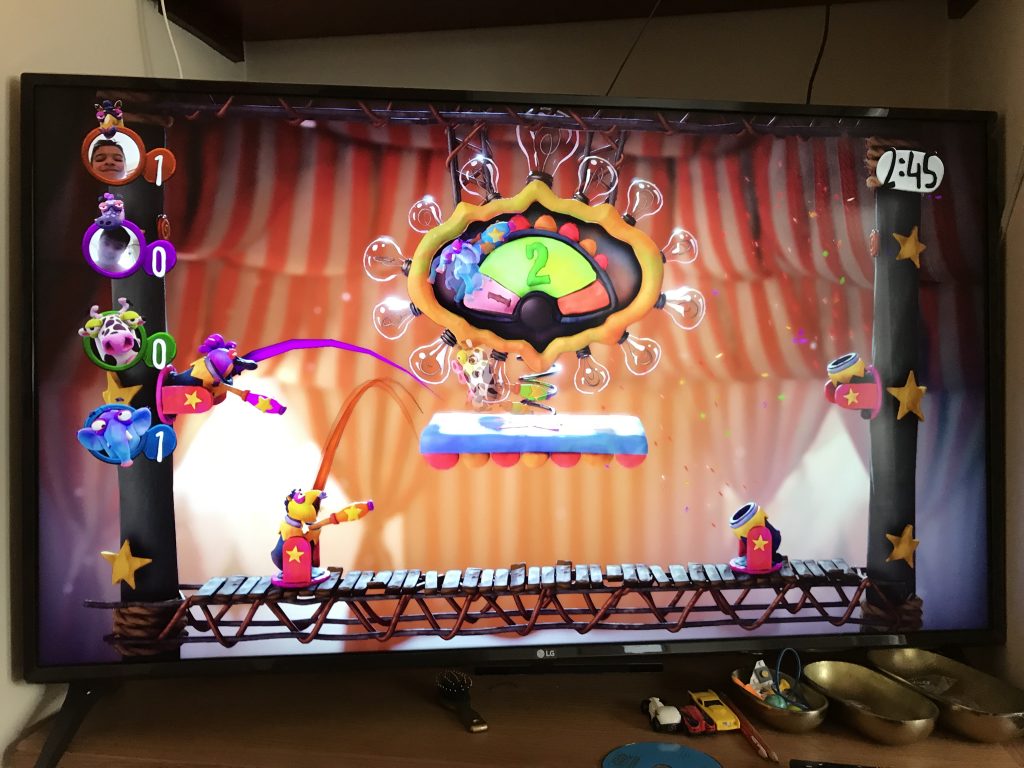 Frantics itself is a perfect example of this kind of game, and uses the abilities it offers up really nice. Here’s a quick explanation of what the game involves:

In a nutshell, you and up to 3 players can play against each other in a series of fun challenges which are picked from a collection of over a dozen mini-games. As you go through the rounds, you earn Crowns and collect coins which help you to gain ground in the “grand finale” challenge. 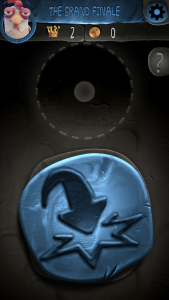 The mini-games are often fairly familiar concepts, though they’re animated so beautifully that you’ll be hard-pushed to not be impressed by them. Our favourites include “Chair-riots”, where your characters ride on office wheely-chairs in a life-size, 3D version of the Olympic sport of Curling. Another favourite is “Big-Top Hoppity Hop”, where you ride space hoppers and try to knock your competitors into spikes to eject them from the game.

You control your character using the motion-sensors in your smartphone, along with various buttons which appear in the games. So in one race you might be tilting your phone left and right to steer, whilst another game might see you sabotaging other players with a giant button on your controller.

Where the game gets REALLY fun, though, is the added information you get given throughout the game. For instance, various players get picked for a “secret mission” mid-way through the rounds – and have to complete the mission away from the prying eyes of the other players. One such mission might be to complete a certain objective in the next round, or another would be to guess who is going to win more points and gain points for yourself in the process. 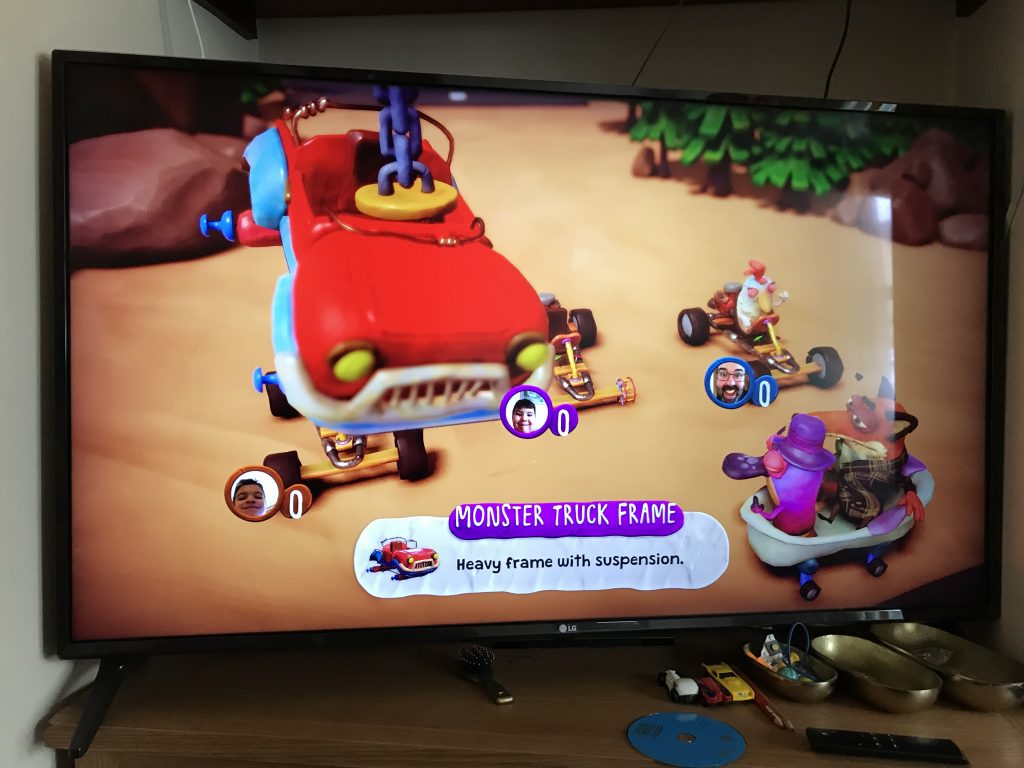 The story of the game is presented by a sly old Fox with a very suave accent, who commentates on your progress as well as offering you tips and information about which other players might be picking on you more than others.

My boys both howled with delight while playing this weekend, and have asked if we can play again on an hourly basis ever since. They seemed to especially enjoy the secretive nature of the information they were getting about other players, as well as the obvious competitive nature of the challenges.

The game itself was very simple to setup – apart from downloading the game from the PlayStation store, we simply installed the (free) Frantics app on all of our smartphones and opened them up. Because we’re all using the same wi-fi network, it recognised the console straight away, and we were playing in mere minutes. 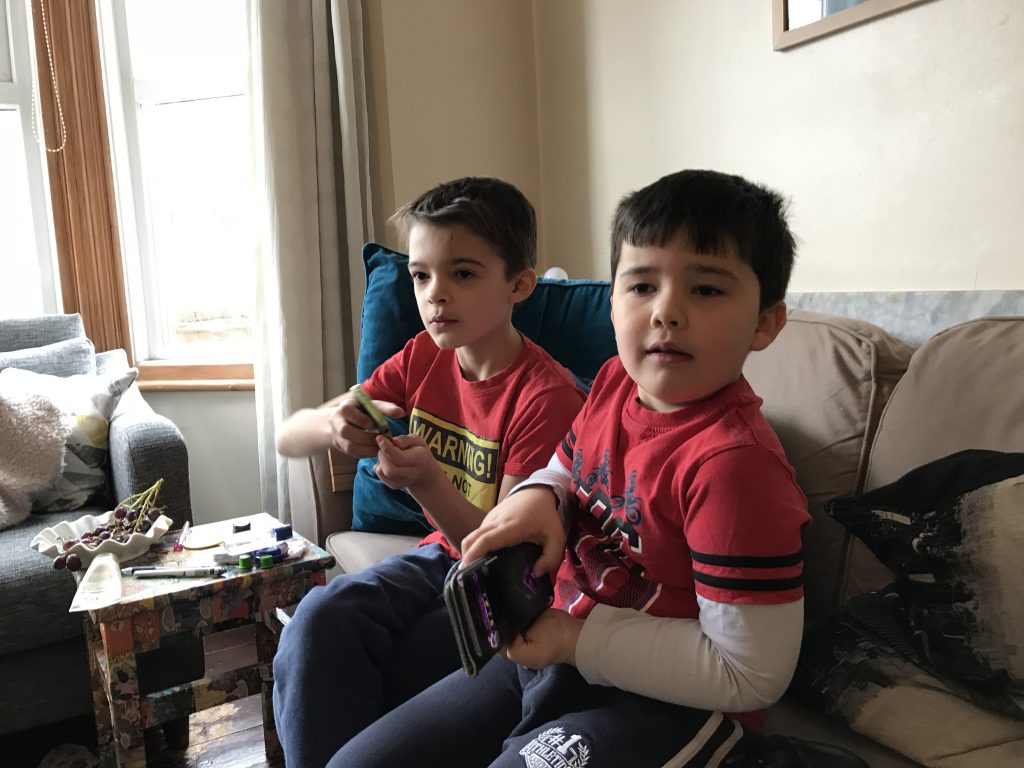 The game normally retails for around £15, and I’d definitely say it’s well worth the money. You can play the game in standard mode many, many times without repeating the same collection of mini-games, or you could customise tournaments yourself – so the combinations are endless. You can also choose to practise individual games outside of the tournament, and the in-game tutorials were simple enough for our 6 year-old to find it all straightforward.

It’s definitely one we’ll be playing a lot over the next few months!