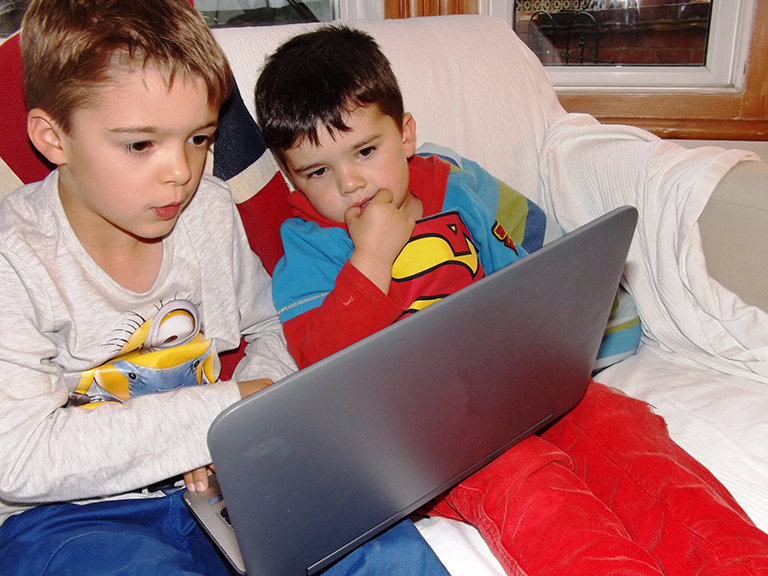 Unless you’ve been extremely lucky over the past month, you will no doubt be very familiar with the ‘Momo challenge’ by now. Or at least you’ll be familiar with the many different rumours and stories about it, which peaked around 2 weeks ago and saw parents up and down the land panicking and speculating about what it is and how you can “stop it”.

I say rumours because much of the hype around it was exactly that. Whether you heard about it through your child, via their school, on the parental grapevine or one of the many, many articles that circulated for about 48 hours, you’d be forgiven for still not being entirely clear what it actually is/was.

Rather than re-treading the what’s and how-to’s of it all here (if you need bringing up to speed, this piece from Engadget is a good place to start) I wanted to review some of the take-outs that emerged in the wake of it.

I lost count of the number of people who asked me about it – I guess my role as a parent and my social media-based career make me a lot of people’s go-to on stuff like this. Thankfully, all of these interactions make a few things clear to me.

So, what can we learn from the whole sorry episode? Here’s my take on it:

A lot of parents have no idea about what their children are watching online.

Whether Momo was supposedly popping up on “children’s” game websites, YouTube videos or on WhatsApp, many parents expressed complete surprise when their child told them they had (supposedly) encountered the meme. Most of that surprise seemed to come from the fact that they “assumed” their little cherub was perfectly safe online, provided they were playing in “kid safe” spaces. Spaces like YouTube – a website that hosts literally billions of unmoderated videos, who have been called out time and time again for the lack of responsibility they have apparently shown for censoring harmful content.

“Yes, but my little ones use the YouTube for kids app! That should be safe!”

Most of the content which finds its way onto the “child safe” version of YouTube has almost certainly only been “checked” by computer algorithms – there is simply too much content for humans to check it all. So unless you’re sitting with your child while they watch, you simply can’t guarantee they’re not going to come across something dodgy.

Why are you watching Peppa Pig on YouTube anyway – haven’t you heard or Netflix?! Heck – you don’t even have to pay. All the major TV channels have perfectly safe apps where you can watch their junior content in a safe, moderated environment. Peppa Pig is on the Channel 5 app, I believe.

Sharing news on social media can make the problem worse.

A number of the news pieces which covered the story pointed out that most of the panic was caused by the spread of incorrect stories through social media. And I don’t need to mention Donald Trump to remind you of the risks of “fake news” do I…?

I saw numerous posts being shared on Facebook, 90% of which contained completely false information. Whether they conflated Momo with other recent examples (the ‘Blue Whale’ challenge, for example), gave poor advice to parents or simply overstated the size of the problem, the panic caused by social media lead to all kinds of problems.

One of my sons’ schools put up a rather alarming-looking poster about it, which itself contained misleading advice. They did so at the behest of parents who had heard about it online.

Not to mention the number of copy-cat and click-bait videos that sprung up in the wake of the story – most of which would never have existed if people hadn’t panicked.

Whilst I certainly don’t expect we can stop the spread of fake stories overnight, a good piece of starter advice I can share is to fact-check stories before you share them. Sites like Snopes are good for this, and I’m sure there are many others.

Talk to your children about what they see and do online.

You can never truly rely on ‘parental controls’ – and indeed shouldn’t – as a substitute for knowing about what your child is doing online. So talk to them, and explain the dangers to them in sensible, measured ways.

By the time I sat down with my boys to ask/tell them about ‘Momo’, both had already heard about it through other means – one had heard about it via friends who “saw it on YouTube” while the other was told about it by his childminder. Once we’d discussed the issue, and explained why we were so keen to protect them on the seemingly-harmless Internet, I felt a lot more sure that they’d make the right decisions in future.

It’s not a one-and-done conversation though. Talk to your children about online safety regularly – and more importantly, educate yourself before you do.

There are many great resources for parents which can help you to understand and teach about online safety.

Think You Know by NCA-CEOP

O2’s collaboration with the NSPCC

I also wrote an article about this very topic back in 2015, for AO Life. While it may quite as comprehensive as the above resources, it could be a good place to start for some initial tips.

So that’s my advice – talk to your kids more. And when the next “viral” crisis starts spreading on your social media feeds, take a step back and think about it before sharing it with your friends. You might inadvertently be making it worse by doing so…