After a delay of a week or so (more like two actually!) the builders finally delivered the new back door and installed it. It hasn’t got a cat flap in yet, but they’ve done half of it. Hopefully they are coming back next week to do that, plus the rendering on the outside. After that they’ll be finished for the year! Next stop, bathroom…! :)

It actually looks much better than we were imagining, and thankfully it’s got a lot of (tough) glass in and ISN’T obscured by that funny frosting (which the builders thought we had wanted). Job’s a good’un! 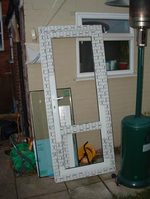 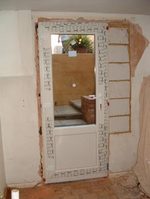 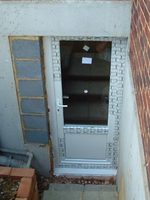