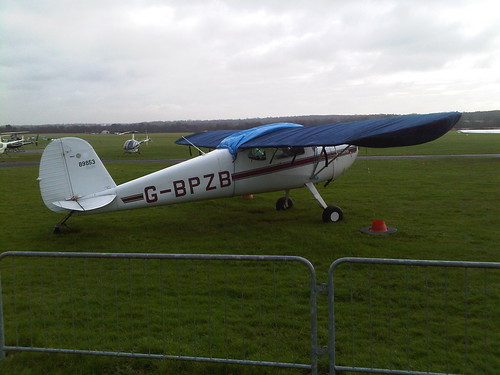 My Year in Photos – January 28th, originally uploaded by henweb.

Today was a bit of a sombre day, being as it was the funeral of my wife’s uncle, who died a week or so ago. The funeral was a very nice service which I won’t dwell on, but the wake was very different to the few others I’ve ever been to – it was at an airport! Apparently Ron (the deceased) and his wife were regulars at the cafe in their local airfield, which backs on to Gatwick, where you can watch some lovely old planes come and go. So they held the wake in what is essentially an airport cafe – which was really lovely, and very different!