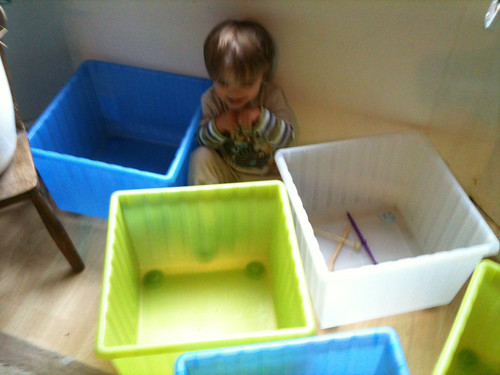 My Year in Photos – March 20th – "Living in a box…", originally uploaded by henweb.

Today’s photo was taken during a very significant moment in Robert’s young life – the clearing of the toys! Due to a massive overspill in his toy boxes of late, we decided that the time had come to put a bunch of his toys in to storage (aka. in the garage) – only the toys he has outgrown, I hasten to add. But we also used it as an opportunity to remind Robert of some of the toys which he hasn’t played with for a while. So what did he find most fun of all? Yes, you guessed it – the toy boxes themselves. Oh well!