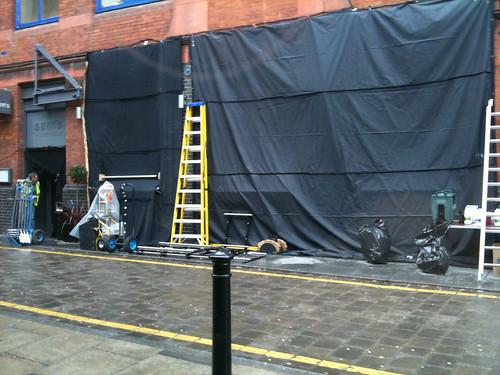 The trendy wine-bar / restaurant next door to Tamar HQ – Sam’s Brasserie – had been closed off and covered up this afternoon, in what is fast becoming a common occurrence near our offices. Apparently they were filming a pilot for a new BBC TV Show – I think they said it was called “re-invention”. Just opposite Sam’s is the Barley Mow pub, where they regularly film scenes for TV shows including ‘Love Soup’, so this isn’t as strange a sight as it might be in some places.