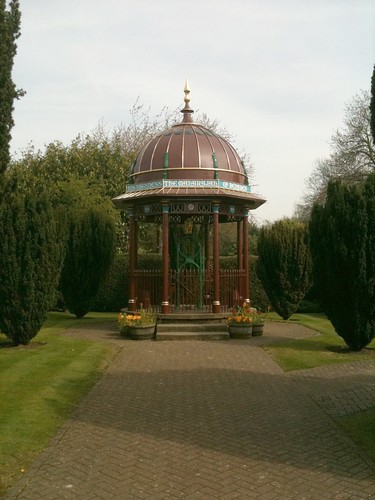 My Year in Photos – April 24th – "All is well", originally uploaded by henweb.

It’s such a lovely day today, we’re going to bust out the barbecue this afternoon – the first one of the season. But before that we decided to head north and have a morning out in north Berkshire (or is it South Oxfordshire?). We’ve driven past the sign for “Maharaja’s Well” dozens of times before, but have never seen what it actually is. So we swung a right on the way to Oxford and visted the Well in question, which is situated in a little village called Stoke Row.

The Well itself is quite amazingly intricate – I was assuming it would just be a fancily-named hole in the ground, but as you can see it’s actually an ornate structure, funded by an Indian Maharaja in the 19th Century. I’m sure you can look it up to find out the whole story – it’s well worth a read.