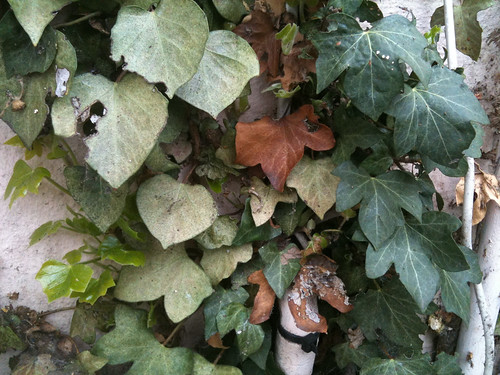 One of my house jobs today was to tackle the Ivy which has been creeping up the front of the house, which I’ve had to do a few times now since we’ve been in the house. The blasted stuff sticks like superglue, and in one spot it’s even gotten underneath the rendering and is crawling along the concrete underneath. I managed to get most of it off, but I’m told it can re-grow even when you chop big chunks out of the base, so I’ll have to give it another go in a few days when it’s a bit less strong. Fun stuff.