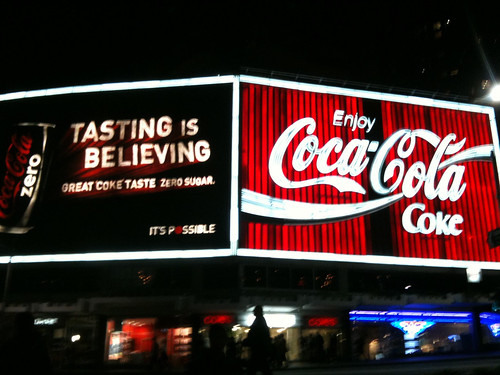 I spent the day today doing work-related stuff, most of which I can’t really post photos of. So I opted instead to go with a shot from my evening, which was spent having post-work drinks in a bar called ‘Goldfish’ in Sydney’s Kings Cross district. I have been assured that Kings Cross, as well as being the place you generally ‘go out’ in around Sydney, is also the ‘scuzzy’ district, housing as it does all the drug dens and prostitutes. I didn’t see either of those, but I did go half deaf in an extremely noisy bar so I’ll go with it. Kings Cross also hosts the above signage, which the locals tell me is their version of Leicester Square. It’s just one sign… Have they even SEEN Leicester Square?! :D