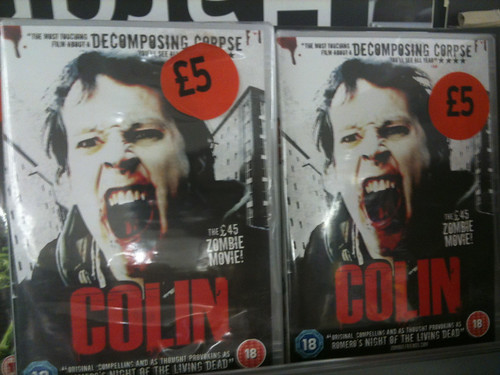 My Year in Photos – July 20th – "The story of Colin", originally uploaded by henweb.

I had a very interesting (potential) client meeting in Theale today, though past experience tells me it would be smart not to mention their name in my blog. So rather than show you the fun photos I took in their lobby (!), I took a photo of this DVD I saw in Sainsburys earlier in the day. It is a film, and it is called Colin.

I quite want to see it now, just to see if the film can live up to the name! Though having seen how Skoda fans reacted on Flickr to my post saying that the “Skoda Superb” was a good name, I expect I’ll now suffer at the wrath of a bunch of Colin fans, saying I’m mocking their favourite movie…!