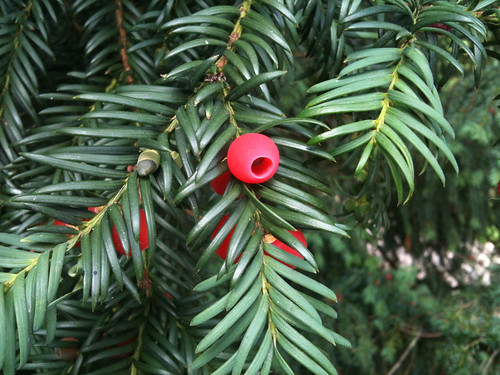 Since we’d not been out much this weekend, we spent Sunday afternoon walking in the grounds around Basildon Park – a National Trust property near us that has recently opened again after some improvements. Seeing as Robert is only two, we didn’t think it was worth taking in round the house, so instead we opted to take a long leisurely walk through the woods and fields around the house, which was really lovely. Along the way we spotted lots of different berrys and plants, including these bad boys. My wife tells me they are called Rowan Berries, but I’m not convinced – at least after some casual Google image searching. Anybody have an opinion?