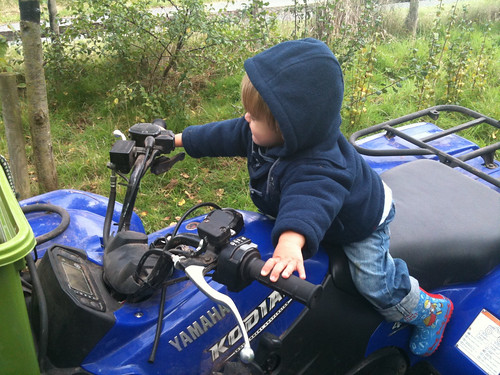 We spent our Sunday in Hereford at my cousin Mark’s house – as we had been the day before too. A generally lazy day included a wander down to their orchard to raid the apple trees – helped out by Mark’s quad bike, which we used to transport our plentiful bounty back to the house. Robert and I had a ride around the fields on it too, which obviously made a good impression on Robs – he immediately clambered back on and tried to start it himself!