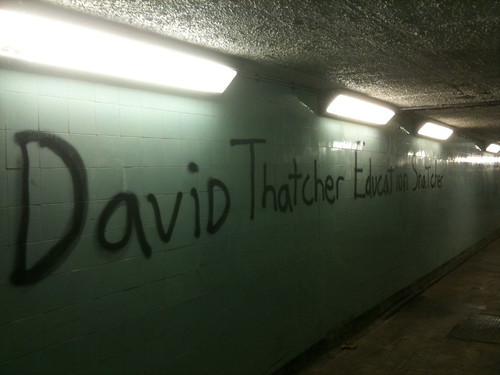 My Year in Photos – December 6th – "Who is David Thatcher?", originally uploaded by henweb.

Despite the silly title, I did eventually figure out that “David Thatcher” is presumably a clever play on David Cameron and Maggie Thatcher…. but it DID take me a few minutes to figure it out. My first thought on seeing “David Thatcher Education Snatcher” daubed on a subway wall was “hmm, that’s odd, must be about the student protests – I guess David Thatcher must be a local MP I’ve not heard of before…” : D