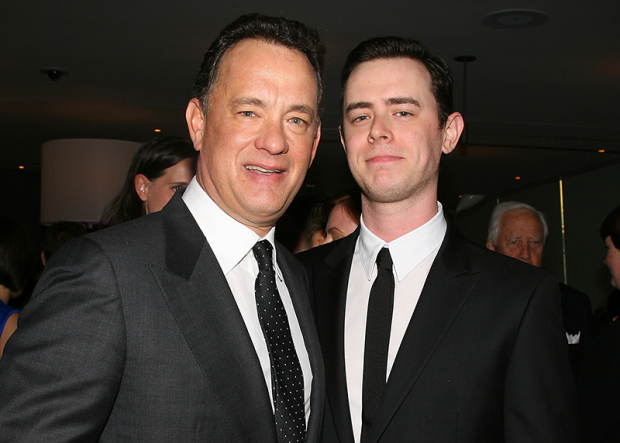 I’ve been meaning to write a little quiz for a while now, and I’ve finally got round to it. I’m intending to add a few more rounds in the coming week, but since it’s firmly in the “just for fun” category I thought I’d post it up now to see how it goes down.

Once I figure out how to do it in a slightly more flashy way (so that it actually works out your score, for a start!) I’ll update it in a better format, but for now it’s pretty basic…

Turn your mobiles off, and no looking at anyone else’s answers! ;)

Dadonomics – The Science of Fatherhood

This round is all about the science of fatherhood – how much do you know about the mechanics of making/having a baby, from the male perspective?

Q1 – The father’s main contribution to having a baby is his sperm. Approximately how many sperm cells does the average man produce in his life-time?

Q2 – Approximately what percentage of a child’s genes are passed down from it’s father (compared to the mother)?

Q3 – What is the proper name for a doctor who specialises in the male reproductive system?

A Urologist and/or Andrologist (source)

Q4 – The sperm cell contains half of the total number of chromosomes needed to form a new human – how many is this?

Q5 – What is the scientific name for the tube which transports semen from the testes to the penis?

Q6 – Which of the sex-determining chromosomes – X and Y – is only found in males?

Q7 – Which scientist is often referred to as the “Father of modern genetics”?

Q8 – According to a recent survey, approximately what percentage of fathers in the UK attended the birth of their child?

Q9 – Which underwater animal famously bucks the trend and has the male carry the eggs and give birth to the childen?

Q10 – According to research by Ancestry.com, the average life expectancy of a father tends to be _________ than non-fathering males?

Q11 – Kirk Douglas and his son Michael Douglas teamed up in the 2003 film “It runs in the family”. But which other member(s) of the Douglas clan also starred?

Q12 – Tom Hanks and his son Colin have also starred in a film together – though you’d be forgiven for not having heard of it. What was it called?

Q13 – Bruce Dern and daughter Laura have both lent their voices to which animated TV series?

Q14 – Director, Podcaster, Writer and raconteur Kevin Smith cast his daughter in ‘Jay and Silent Bob Strike Back’, playing a young version of his character, Silent Bob. Which comic-book character is Smith’s daughter named after?

Harley Quinn Smith is named after one of The Joker’s sidekicks from the Batman universe.

Q15 – Henry Fonda, father to Peter, Jane and the non-acting Amy, named one of his children after his middle name. Which was it?

It was Jane – Henry Fonda’s middle name is ‘Jaynes’

Q16 – Father and Son Jerry and Ben Stiller have often made appearances in each other’s movies, along with other members of the Stiller family. What is the name of Ben’s older sister (and Jerry’s daughter), also an actress?

Q17 – Lionel Richie and his daughter Nicole have both had their share of fame on the big screen. But how many films has Lionel actually acted in?

Q18 – Ron Howard’s father Rance was a star long before Richie Cunningham came along to steal the limelight. But which has been nominated for more Academy Awards during their career?

Ron Howard (4 nominations, 2 wins) – Rance has never actually been nominated for any, sadly.

Q19 – Carrie Fisher and her father Eddie are no strangers to making the headlines for the right – and wrong reasons. How many times had Eddie been married by the time of his death in 2010?

Q20 – Legendary songwriter and singer Paul Simon and his son Harper Simon have both had successful singing careers – and both starred in the film “One Trick Pony” in 1980. But in which of Paul’s songs does her refer to son Harper as a “little sleepy boy”?

Q22 – What was the profession of Dan Conner from TV’s “Roseanne”?

His main professions were as a building contractor or motorcycle mechanic

Q23 – What was the name of Larry David’s father in “Curb Your Enthusiasm”?

Q24 – Who was the father to Miranda’s child Brady, in the “Sex and the City” TV series (and movies)?

Q25 – In cult-favourite “Twin Peaks”, Laura Palmer’s father Leland was finally exposed as the killer of his daughter (albeit while he was possessed) – but what did he do for a job?

He was an attorney

Q27 – Eric Cartman from “Southpark” originally thought he had no father, but eventually found out he was fathered by Jack Tenorman – a player for which American Football team?

Q28 – In the 2008 “Doctor Who” episode “The Doctor’s Daughter”, the Doctor’s cells are used to produce a daughter, played by Georgia Moffett. What did Donna name her?

Jenny, as a result of her being described as “a generated anomaly.”

Q29 – What name is shared by Dana Scully’s father, brother and son, in “The X-Files”?

Q30 – Homer J. Simpson is the father to the Simpson family – but what does the “J” stand for?

The following lyrics all come from songs either written by fathers for their children, or *about* the singer’s father – but can you name them just from these 2 lines?

Q31 – “How can I try to explain, when I do he turns away again. It’s always been the same, same old story. From the moment I could talk I was ordered to listen. Now there’s a way and I know that I have to go away.”

Q32 – “If I could get another chance, another walk, another dance with him. I’d play a song that would never, ever end”

Luther Vandross – Dance with my Father

Q33 – “It’s a full time job to be a good dad, you got so much more stuff than I had; I gotta study just to keep with the changin’ times, 101 Dalmatians on your CD-ROM”

Will Smith – Just the Two of Us”

Q34 – “Good morning, son, In twenty years from now, Maybe we’ll both sit down and have a few beers; And I can tell you ’bout today, And how I picked you up and everything changed”

Q35 – “Every time she blinks, she strikes somebody blind. Everything she thinks, blows her tiny mind.”

Q36 – “Yeah, I wish I could be an example. Wish I could say I stood up for you and fought for what was right. But I never did. I just wore my trenchcoat and stayed out every single night.”

Q37 – “I think I caught his spirit, Later that same year. I’m sure I heard his echo, In my baby’s new born tears. I just wish I could have told him in the living years”

Mike + The Mechanics – The Living Years

Q38 – “We bought a lot of things to keep you warm and dry, and a funny old crib on which the paint won’t dry. I bought you a pair of shoes, a trumpet you can blow…”

Q39 – “Hey Mama, is it true what they say, that Papa never worked a day in his life? And Mama, bad talk going around town saying that Papa had three outside children and another wife.

The Temptations – Papa was a Rolling Stone

Q40 – “Maybe you’ll be president, but know right from wrong. Or in the flood, you’ll build an Ark and sail us to the moon”

Radiohead – Sail to the Moon