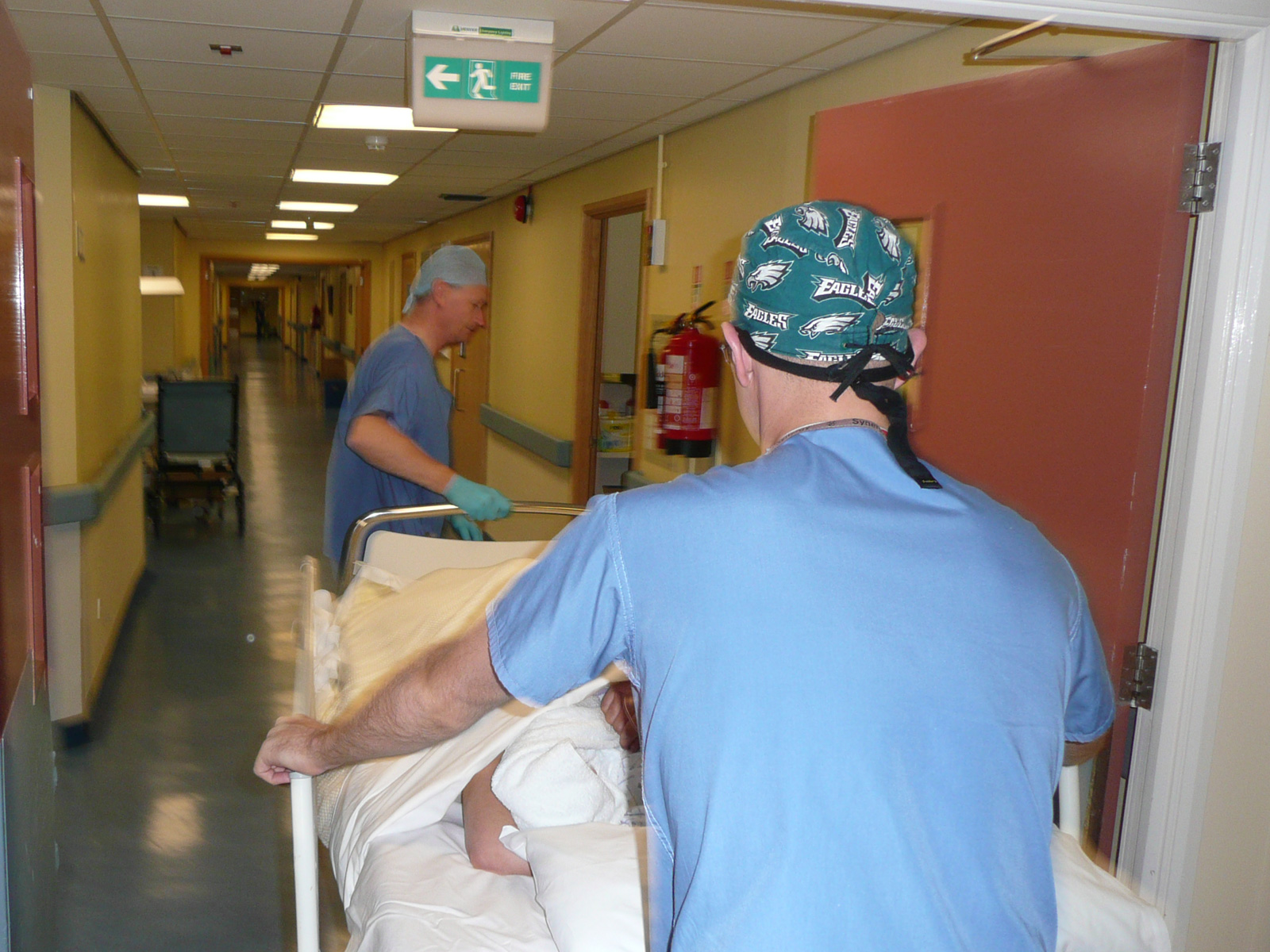 Today was our 38-week hospital appointment – the (hopefully) final appointment before baby arrives: an appointment which we never got to in Robert’s case. As far as I can tell, the only thing they actually did – after almost 90 minutes of waiting and 3 different medical professionals – was check Sara’s urine sample and listen to baby’s heart, and dish out the same advice they talked to us about at our last visit: the controversial and (apparently) much-debated subject of “VBACs”…

For the uninitiated, VBAC (one of the worst acronyms I’ve ever heard) stands for “Vaginal Birth After Caesarian” – in other words, choose to have a natural birth despite the fact that you’ve previously chosen/had to have a c-section.

The doctor who saw us (the quietest man on the face of the planet – not an easy man to understand while Robert is jabbering away next to you) said something which struck me as odd:

“Are you still happy to go for a natural birth?”

That was particularly odd for me because nobody has EVER asked my wife whether she actually IS happy to go for a natural birth – we’ve simply been told all the way through the pregnancy that “VBAC is wonderful”, that is’ definitely something we should “work towards” and that there really wasn’t any arguing with them. We’ve raised our concerns to our midwives a couple of times, but they’ve always pushed back that a VBAC is the thing to do.

I’ve got no opinion about whether a VBAC is better or not, because we’ve not had one (yet) – all I know is, nobody has ever actually asked us what we think about it, and whenever we’ve raised it we’ve been (almost forcibly) steered away from the subject.

We’ve had conversations with other mums about it though, some of whom have offered advice or tips about how one might engineer a caesarian if that’s what you want to do – but it seems like a very weird situation to me that you can’t just have an open dialogue about the subject with your doctors and midwives.

When it comes to how it actually unfolds, I am very comfortable with the fact that I have no say whatsoever in how the birth will go. Sara is very aware of the fact that a VBAC is a lot quicker to heal from, and supposedly better in most aspects (though I have a son with a LOVELY round, un-squashed head who might play a good case for the prosecution…!), but we’ve only experienced a caesarian so far so we’re both understandably nervous about it.

I guess only time will tell how this all pans out, but it’s certainly something I’d be interested to other people’s opinions on if you’re happy to contribute…

2 thoughts on “Fatherhood²: “VBAC for good” and other strange things”