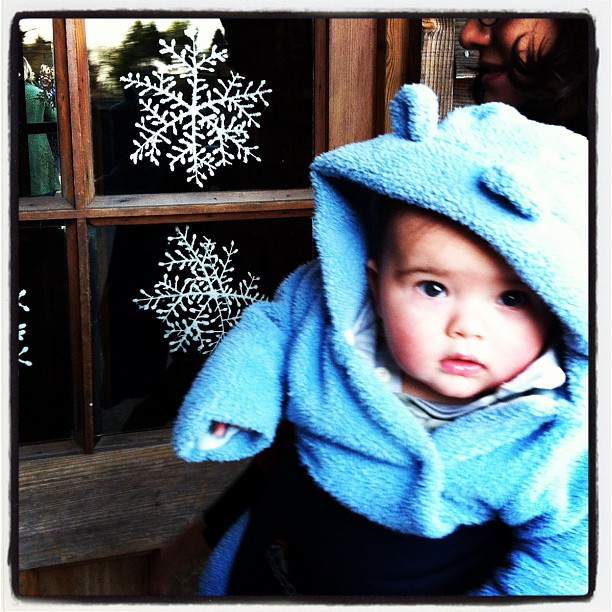 I should probably start this post with a disclaimer – a sort of “Spoiler Alert” for those of a sensitive disposition: If you have somehow stumbled upon this blog post and you are under the age of 10, please don’t read any further. It’s for your own good, trust me.

(You might laugh, but I don’t THINK my blog will have gotten on to any school-based blacklists yet, and I know how much kids are encouraged to use computers at school these days – spoiling a young child’s Christmas is the last thing I want to do, after all!)

Right, now that I’ve got that out of the way… Let me ask you a question:

How old were you when you first suspected that Father Christmas wasn’t quite as real as you’d been lead to believe?

Slightly embarrassingly, I think I was a lot older than I probably should have been – around 8 or 9, if memory serves. I suspect most people clock-on a lot earlier, but hey – it hasn’t done me any harm (has it?)

The reason I’m so curious should be fairly obvious – the Elliss household is currently deep in the midst of Christmas preparations, and this weekend included not 1 but 2 separate encounters with the big man himself. Robert, who is 3, still very firmly believes in Father Christmas.

I say “still” – this is actually the first Christmas we’ve had where Robert is even old enough to understand what’s going on to any extent. But that doesn’t stop people asking me “Does Robert still believe in Father Christmas?” (to which I usually reply “Er, yes. He’s 3”).

So whilst I’m not too worried about the magic of Christmas being spoiled this year, the fact that he’s now at pre-school – where the influence of his peers is bound to start having an effect – I’m getting slightly nervous about when the truth WILL be revealed to him. And then we’ve got the next issue – namely, his little brother. When Robert does finally click, will he reveal all to Freddie?

I’m amazed I didn’t realise a lot sooner – as well as my school-friends who probably tried to convince me of “the truth about Santa” at school, I’m also the third child in our family – my brother is 6 years older, my sister 3. So I suspect they deserve a big “thank you” from my childhood self, for not spoiling the magic of Christmas for me. Hopefully we’re bringing Robert up well enough that he’ll do his brother the same courtesy.

Of course, I might well be pushing my luck in the mean time – I’m not even going to tell you how many times I’ve trotted out the old “Unless you do as you’re told, I’m going to write a letter to Father Christmas telling him you don’t want any presents” trick… Hopefully he won’t call my bluff – surely the stakes are too high? Otherwise, I might have to follow my own rule (most regularly used with bedtime story cancellation) and actually cancel Christmas one year. And I don’t think THAT would go down too well…!

So, how old were YOU when you heard the big revelation?

1 thought on “Fatherhood²: I Want to Believe, I WANT to Believe…”