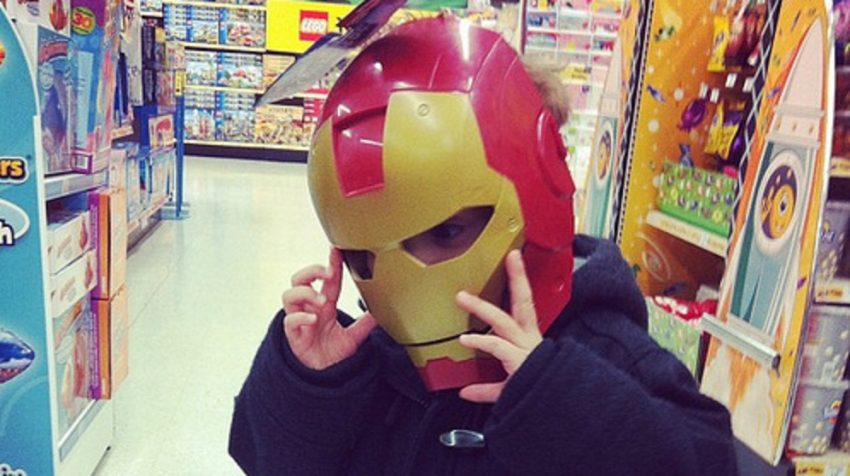 As a parent who happens to work in marketing, I often find myself pondering over the way my children are marketed to/at, and torn by what I see. As I quite regularly discuss, both our children’s TV habits are almost entirely limited to Cbeebies (or occasionally the “grown-up” BBC channels, for documentaries and the like) – so their exposure to advertising has been fairly limited. However, in the past few months I’ve witnessed the magic of advertising brilliantly:

Robert is sometimes allowed to watch “Milkshake” on Channel 5 (with shows like Thomas, Peppa Pig and Roary – so nothing overly commercial) and obviously these shows include an (admittedly limited) amount of advertising. Even with this small exposure, Robert will happily wander round the house muttering “Brought to you by Imaginext!” (along with, randomly, “BBC RADIO TWOOOOOO”!) and on a recent trip to Toys R Us he went straight to the toys he’d seen in those ad breaks. He is, as the saying goes, a Marketing Man’s Dream!

The past few days have seen not one but two great examples of the moral questions around marketing to children, with two very interesting stories gaining my attention.

The first was a brilliant campaign video which is currently being shown by Cancer Research UK. Take a look:

Startling and more than a little bit worrying, I’m sure you’ll agree. Whilst you’d hope that most responsible shop keepers would draw the line at selling cigarettes to children this young, I’ve seen VERY young kids smoking around Reading so clearly they’re getting hold of them somehow.

As the son of a smoker, it’s never appealed to me in the slightest – if anything, my mother’s years as a smoker probably put me off quite effectively. But I know plenty of other smokers, and I’m often shocked by their confessions of what age they started smoking. So this video certainly struck a chord with me.

The second example was a story published by the BBC today: “Is Mr Potato Head to blame for ‘pester power’ ads?”

In this very interesting piece, the BBC News Magazine looks at the birth of “Pester Power” advertising – which apparently began with the famous Potato-headed creation – should be controlled by the industry, the government or the parents themselves. Incidentally (and something I only just spotted!) the story contains contributions from one of my university professors, Exeter University’s Brian Young.

Personally (and hopefully not due to the bias of my career) I believe it IS the responsibility of the parents to do what they can – though obviously the industry needs to be regulated at least as well, if not better, than it is now.

Whilst the example I gave above shows how absorbent my son’s tiny mind is, we as parents could easily stop Robert from watching these shows – as it is, it’s very easy to ignore his (occasional) pestering which obviously stops him from associating the adverts with his desires too strongly.

Oddly, despite my own profession, I often go to great lengths to avoid adverts myself – I have ad-blocking enabled on my browser, I often choose to download a TV show rather than watching it “avec ads” and we generally avoid the commercial channels as a rule – though that’s usually down to the programming itself! So I hope that I’ll be able to instil a healthy scepticism of advertising in my children too. But if I don’t, I know that I have the power to avoid the pestering in my own tool-kit, and hope I won’t shift the blame on to others without first trying to solve the problem myself.

1 thought on “Fatherhood²: Should Children be Allowed to be a Marketing Man’s Dream?”