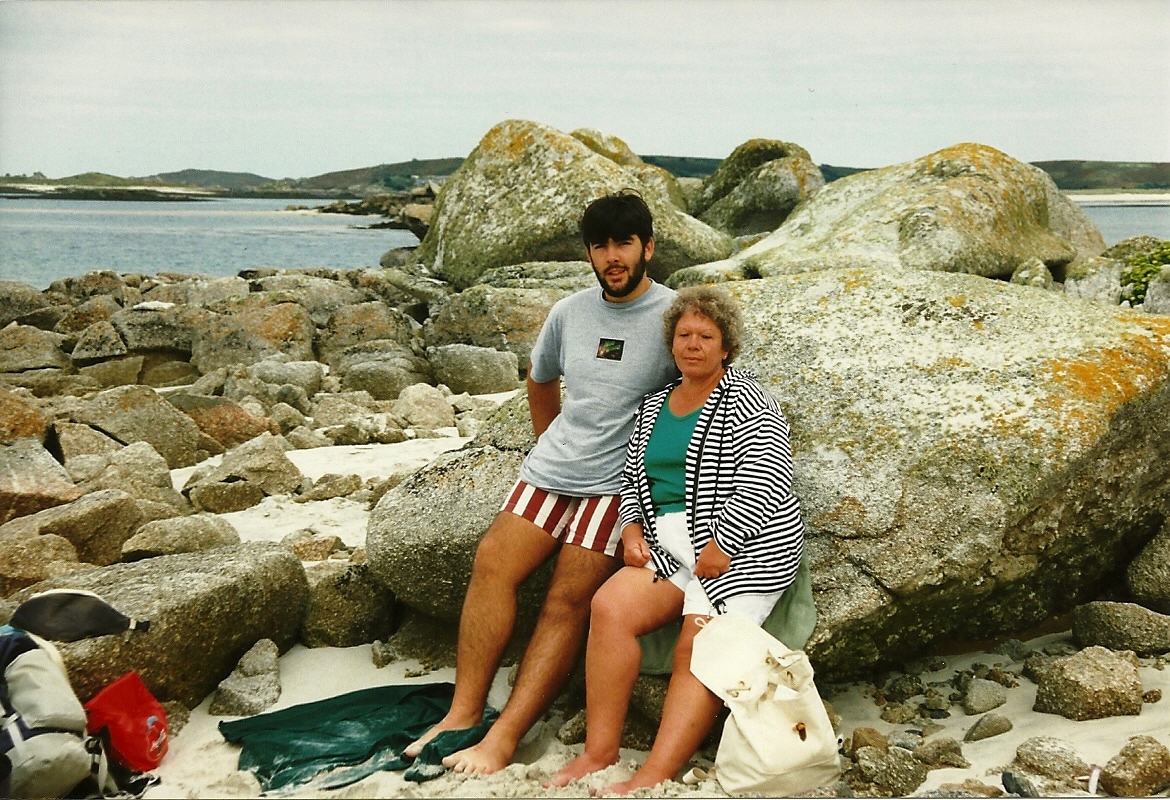 First up, let me introduce myself. I (like you) am Henry Elliss, I’m 33 years old and I am your future self – the ‘you’ from 17 years in the future. I am almost double your age, and it is the approach of this milestone which made me want to write you this letter (technically it’s a blog post, but as you won’t know what blogs are for another few years, we’ll just call it a letter).

I know it might seem a little unusual to receive a letter from your future self, and I should probably clear this up straight away before you get too worried – don’t worry, I’m not about to warn you of some impending disaster or implore you to change your ways, or the course of time. No, I simply wanted to drop you a friendly but heartfelt note to let you know that things are good – you turned out OK (so far!).

I’m writing you this letter on my mobile phone, sat on a busy commuter train from Reading (where I live) to London (where I work) on a chilly winter morning. Earlier this morning my wife (more on her later!) and I got our two children up and dressed, packed Robert (4) off to school and dropped Freddie (1) off at my (and your) brother’s house, where he is looked after while Sara (my wife) is at school. Yes, it’ll come as no surprise to either of us when I tell you that I married a teacher – as did your brother too, now I come to mention it.

I work for a digital marketing agency in London – so all those years on Compuserve and BBS’s finally paid off, thanks to you! Right about now you’re probably about to choose which University we go to, and what course to do. I *could* save you a bit of time by telling you that the course you end up choosing has very little relevance to the job I’m now in, but I won’t for one simple reason: You go on to have an utterly brilliant time at university. Life-changing wouldn’t be an understatement. You end your three years in Exeter (hint: don’t bother applying to Sussex – they turn you down, thankfully…!) with a solid degree, some of the best friends you’ll ever have AND a future wife. Get ready for a brilliant 3 years – you’ll never forget it.

If I remember correctly, girls were a big concern of yours right about now. You probably think you’re in love with about half of the girls you know (hint: save yourself the heartache – you’re not) and you’re feeling horribly left behind in the romance stakes. But don’t panic – everything comes up Milhouse (a quote from a Simpsons episode you will shortly see…) when you get to University. Right now you’re about 2 years away from meeting the woman you will marry, and the moment you meet her you’ll know why I’m feeling pretty smug talking to you right now. I’ll give you this advice for free though: it’ll take you a good 6 months or so to finally get together with her, and a few of the friends you know at the time might try to discourage it, but you’d do well to ignore them: they mostly disappear from your life after university anyway. Stick with it – trust me, she’s worth it.

You’ll be pleased to know that I’m still in touch with at least 75% of the people you know right now, though it isn’t because you develop an amazing social life I’m afraid – trust me, you don’t! No, thanks to a website called Facebook you are connected to most of them on an almost daily basis. To be honest, despite not having seen many of them for over a decade, you’ll know more about them as me than you ever did at your age, including where they went on holiday, what their opinion is about pretty much anything going and which of your friends they still keep in touch with. You’ll also find that you have a lot more in common with them as you all grow older – some of the people you go to school with went on to become really nice people, and the social cliques and friendship groups which might prevent you from getting to know them right now will drift in to insignificance in a few years time.

It may not be quite the same as seeing them all, and I won’t lie – there are some of your friends who I dearly wish I saw more often – but when you’re all spread out across the country (or in a few cases, the planet) it’s the next best thing.

I won’t tell you too much about the future, as I don’t want to spoil all the surprises, but I will tell you one thing that I KNOW you’ll love: Here in 2013 they’ve just announced that they’re going to make Star Wars Episodes 7-9! For you back in 1996, Episode 1 is a tiny glint on the horizon – don’t worry, you’re going to love all of that trilogy too (well, except a few characters in particular – but I’ll keep quiet about that…!). I thought I’d tell you that little spoiler though – you’ll be pleased to know that I am just as excited about it now as you were back then.

Yep, i’m still a proud geek. Whilst you might feel like a bit of an unpopular nerd right now, I can reassure you that the man you are becoming right now has stood me in good stead for the following 17 years. I still find most of the same things funny as you, like a lot of the same music as you and (just like you) I still have a very good relationship with all of our family! Mum and Dad are happily living down in Somerset, Ben (and family) lives very close to me in Reading and Lucy and her family live in Bristol – and I get to see all of them on a regular basis. There were a few house moves along the way (which I know you hate and dread) but it all worked out for the best, so don’t worry too much about that side of things.

I won’t waffle on for too much longer – my train is getting close to London now, and I have a busy day ahead. But I wanted to tell you a little bit about something I KNOW you will be pleased about: my children. You (well, I really) have two beautiful boys and they are the best thing that have happened in my life – well, the first 33 years anyway, but they’re going to be a tough act to follow. Both of them are healthy, cheeky, happy, smart little boys and they will bring you more joy than you can probably even imagine right now. They might well cause a few sleepless nights, and they’ll certainly help you in your (secret) ambition to grow a distinguished patch of grey hair (!), but they make everything else pale into insignificance.

I won’t pretend it’s been sunshine, lollipops and rainbows all the way – maintaining a busy job will certainly give you a few sleepless nights, and the process of trying for a baby has a few heartbreaks in store as well. I’m certainly not well-off (bad news: you never get any better with money than you are now!) and I doubt I will be any time soon, but we have a good life and I think you’ll like it when you get here.

I know that right now, in your mid-teens, life can be quite daunting. If i remember rightly, you’re worried about what to do when you finish school (and beyond), whether you’ll ever meet a special girl (who won’t “just want to be friends”!), what life will hold for you. So I’m here to tell you: don’t worry too much. It all works out okay for us.

I’m sure, at 33, that life still has plenty more challenges to throw at me – I’d be foolish if I didn’t. But I’m proud to say that the experiences you are yet to have – and even some of the ones you’ve already had – have made me into the kind of man who doesn’t turn-tails in the face of a challenge – sometimes even embrace it (*sometimes* – let’s not get carried away here…). And that’s all thanks to you, and the things you’re about to do.

So thank you, 17 year old Henry. And take these words of advice with you as you enjoy the next 17 years and beyond. It’s not going to be smooth sailing all the way; But it’ll all work out fine eventually. And you’ll hopefully have an absolute blast along the way.

Good luck in your journey – and say hello to everyone from me!

P.S. I should probably explain what inspired me to write this letter: Last week I had a blast from the past when I received a remastered, digital copy of a video you/I recorded at 17 – a video you created (along with your peers) for the 1996 Christmas Revue, at school. If it takes your fancy you can watch it below – including a cameo by yours truly at the end…!

As promised, here is the remastered version of the original video – expertly re-edited and synced by Merryn Smith. If you like the video and want to thank Merryn, why not donate to his Marathon-running fund-raiser? http://www.justgiving.com/marathonmez

4 thoughts on “Fatherhood²: A Letter to my 17 Year Old Self (aka Half a Lifetime Away)”