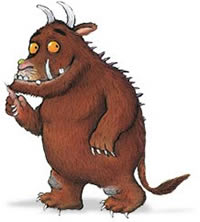 With so much talk of literacy and reading at the moment, I found myself curious to know whether the books we enjoy here in the UK are also enjoyed elsewhere in the world. As I’ve recently been invited to join a community of other Dad Bloggers – most of whom reside in North America – I thought now would be an ideal time to find out.

So, I posted a poll on my Facebook page, asking the following question: “Calling all British parents of 0-5 year olds: Which of these books feature amongst your favourite bedtime reads for the kids? Feel free to pick a few, and add your own suggestions too!”. I added a few of our own favourites, and they were soon joined by 30 more suggestions. Over 200 votes later, I had myself a top 10 list – which you can read below.

I asked the same question in the Dad Bloggers Facebook group. As you can see below, there isn’t a lot of crossover – I wasn’t expecting much, but the only books which made the list on both sides of the Atlantic are “The Very Hungry Caterpillar”, “Green Eggs and Ham” and “Guess How Much I Love You” – though “Where the Wild Things Are” gets a notable mention for *almost* making the UK list.

Anyway, there’s not a lot more for me to comment on at present – apart from the books that appear in both lists, I’ve not read any of the books in the second list. Though now that I’ve compiled it, I’m almost tempted the buy some of the North American favourites and compare the two lists myself.

If you’re more internationally well-read than myself, and have better experience of both lists, I’d love to know your thoughts. How do the two lists compare?

Let me know your thoughts in the comments!