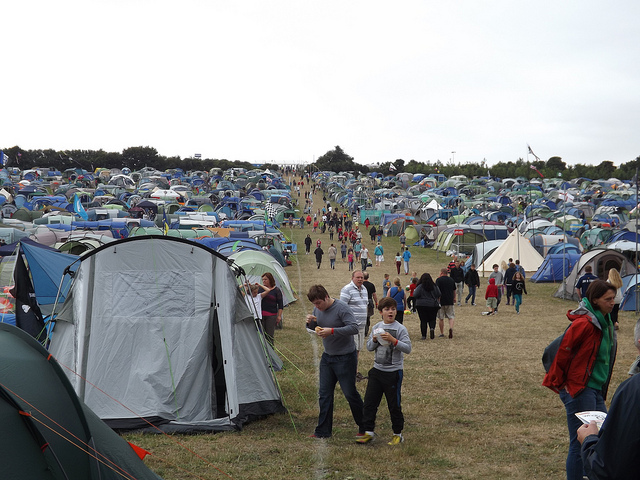 This weekend just gone, we were lucky enough to attend CarFest South, the family festival dreamed-up by Radio 2’s Chris Evans. Sara bought us weekend camping tickets to the event earlier in the year as a treat – and it was one of the main reasons we finally got our camping arses in to gear. Anyway, we got back from Laverstoke Park early this morning and have been reflecting on our favourite moments from the weekend – so I thought I’d summarise my Top 10.

When we were preparing and packing, Sara did some online research to find out some information from an attendee’s perspective – things like how much food costs, what the facilities are like – that sort of stuff. Nothing much came up, so the secondary reason for writing this post was to provide some information to other families who may be thinking of attending next year (or in future years). Anyway, enough of the chat – here’s my Top 10!

CarFest South takes place on Laverstoke Park, the (massive!) farm and park owned by formula racing champion Jody Sheckter – and you couldn’t think of a more suitable site for a festival. The campsite was massive, the show ground and music arena are conveniently located and there’s masses of room for everything there was to see. It was remote enough that you don’t have to suffer any of the trappings of town, but close enough to civilisation that getting to the grounds was straightforward. Apparently you can visit Laverstoke Park with schools and other planned trips – I’d highly recommend doing it if you get the chance, it’s in a lovely area of the country. 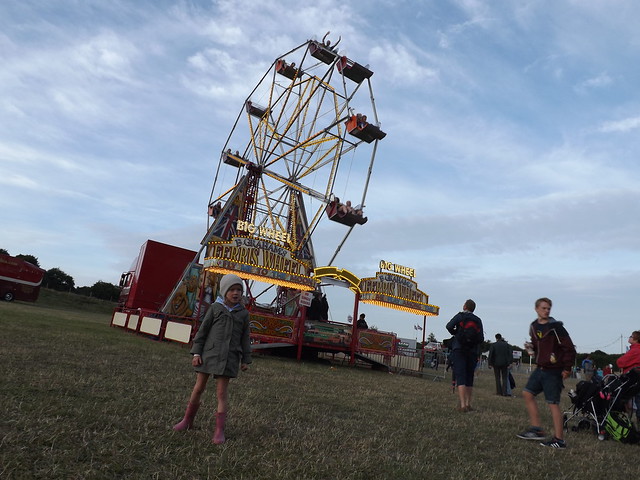 Whilst the cars get pride-of-place in the title of the event, this is definitely a family festival in the best ways possible. There was an absolute plethora of stuff to do for the whole family, and the whole weekend had a really great atmosphere. The best example I can think of to sum this up happened late on Sunday night. At around 10.30pm, after Jools Holland had finished playing and the campsite began to buzz with campers going to bed, an impromptu shout of “Bogeys!” by one excited child lead to roughly an hour of utter chaos – songs being sung, “bogeys” being (increasingly loudly) echoed around the site, movie quotes bandied (one child delighted a crowd of middle-aged campers with his rendition of Monty Python sketches) and cries of “I’m Spartacus” all echoed round a campsite of well over 1,000 campers – for almost an hour. Thankfully, both of my kids slept through it – but in hindsight this bizarre moment summed up the convivial atmosphere of the entire festival quite well. 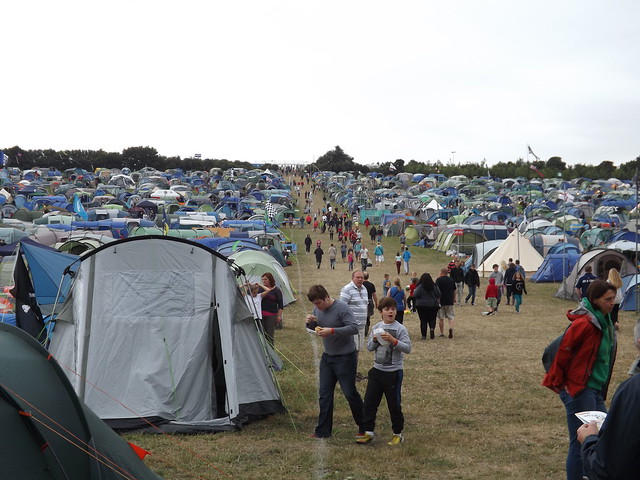 As well as the famous “Cakes vs Pies” (pictured below, being judged by Mary Berry and Paul Hollywood), the food at CarFest is a cut above your average festival. We’re not talking greasy burgers and junk food here – amongst the fare on offer at this year’s show was Indian/British fusion food, Mexican, Jamie Oliver, Churros, Fish and Chips, Fresh made-to-order Pizza, Burritos and much more. You might not eat a lot of salad, but you’ll definitely eat well! 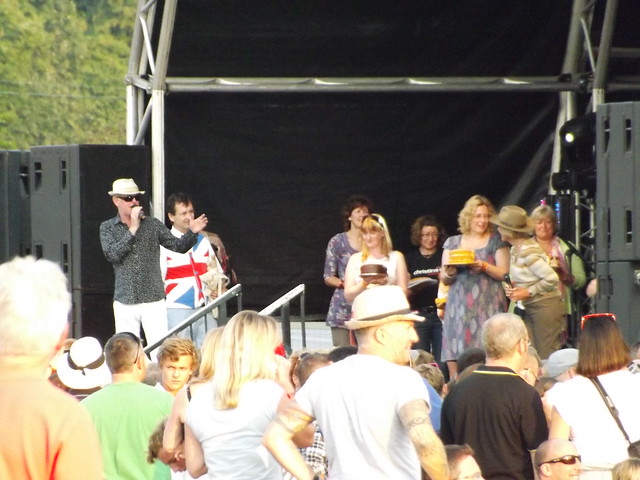 As well as all the brilliant food, entertainment, cars and music, the festival Show Ground hosted a number of impressive and fun displays – including the quite-frankly-amazing Dancing Diggers. These 4 JCB diggers performed a routine which saw them sparring, jousting, leaning over and (most impressively) forming a tunnel which one of their crew drove under. You probably have to see it to believe it, but take my word for it – these guys can do things with diggers that most people would struggle to do with any vehicle at all. 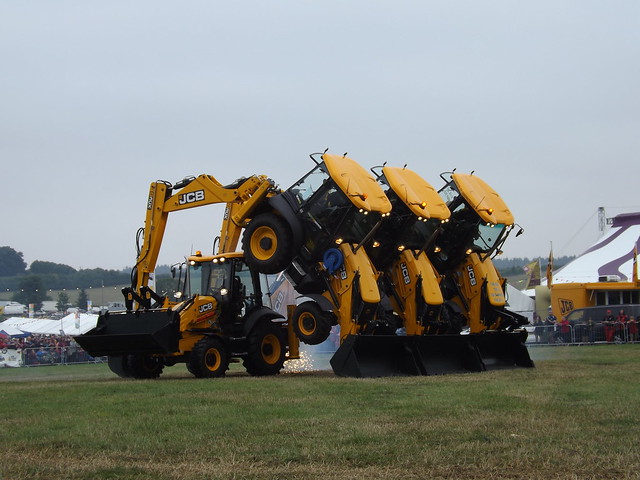 Whilst most of the motors are firmly on the ground, there was also a load of action in the sky – including a fly-by from the Red Arrows, a World War 2 Air Display, an Apache Helicopter, a Vulcan and a load of other planes which I can’t even remember the names of. 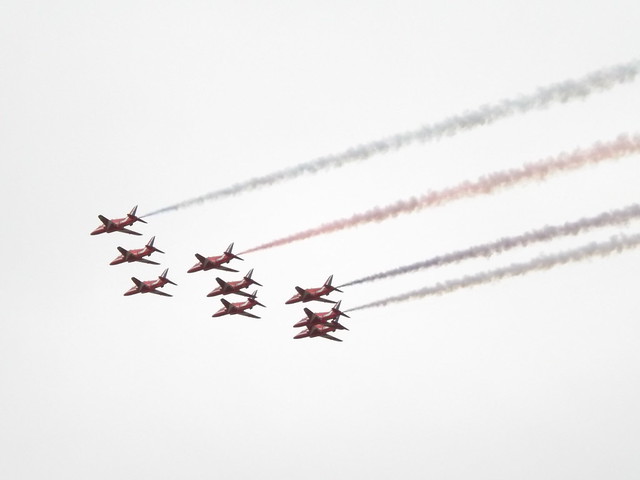 The music at CarFest was apparently an afterthought in last year’s inaugural event, added to give the attendees something to do in the evening. This year’s line-up was pretty impressive – a great mix of fun acts like Bjorn Again and The Wurzels to really great big-name acts. The three night line-up included Scouting for Girls, Alfie Boe, Amy McDonald, Jools Holland, Texas, Keane and a surprise appearance by Seasick Steve. It’s all family-friendly (and mostly at a decent volume) and it ends at a sensible hour too. 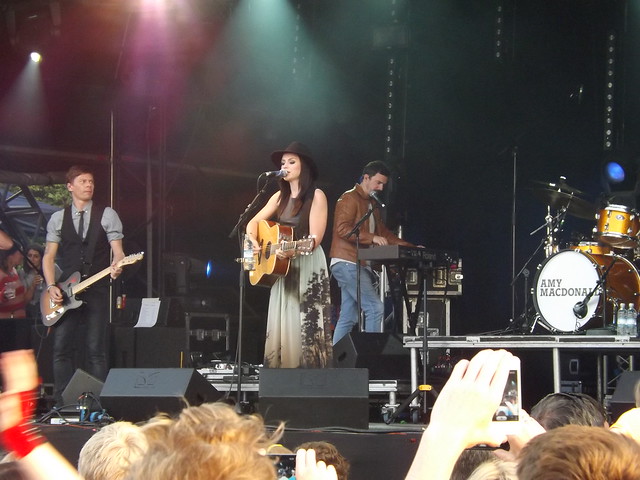 Admittedly I’m no motoring expert, but even I couldn’t fail to be impressed by the amount of amazing cars heritage on display. There were famous cars, expensive cars, fast cars and quirky cars. Over 100 cars did the famous hill-climb, and all were on display in the car field where you could view, touch and even get in them. Favourites of the Elliss family included Chitty Chitty Bang Bang, the Aston Martin used in Skyfall, the racing cars Jody Sheckter (who owns the farm the event is held on) won Grand Prixs in and the amazing bed car (don’t ask!). 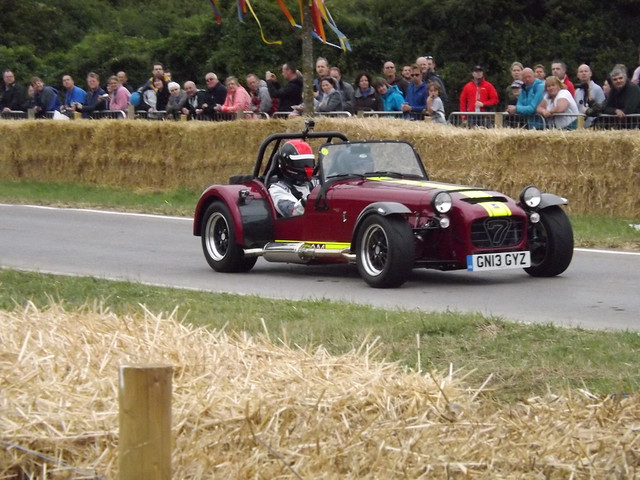 Whilst the festival is billed as a great place for petrol-heads and car fans, there’s actually a tonne of stuff to do for both non-car fans like me and the kids and families too. Even better – the majority of it is completely free. They had giant inflatable play areas, Go Karts, helter skelters, Monster trucks, playgrounds, fun buses, Jo Jingles, Sharky and George, book readings and plenty of space to run around in. 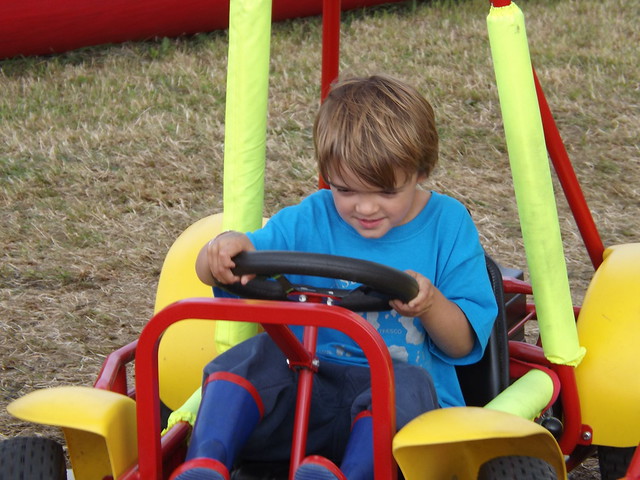 2.The Man Himself – Chris Evans

Whilst I don’t want to sound too kiss-ass’y, we were really impressed by how hard Chris Evans works on this festival – not just in the lead-up, but during the weekend itself. He seemed to be everywhere at once – introducing every act on stage, taking part in the auction, driving some cars, waking campers up in the campsite, wandering the grounds and generally being everywhere. He also provided some of the festival’s most memorable moments – though he was upstaged several times by his son, Noah – pictured below with a mystery lady-friend as he introduced Amy McDonald on stage (“Please introduce… McDonalds!”) 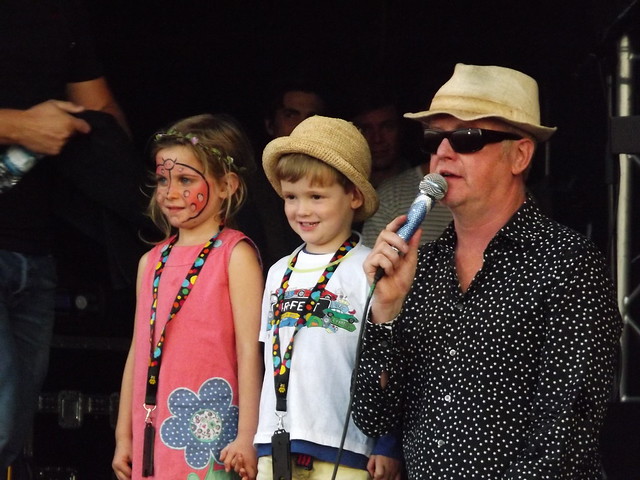 Whilst the kids enjoyed the Dancing Diggers and the White Helmets most of all, my highlight of CarFest 2013 was the hilarious Red Barrows. Yes, you read that correctly – the Red BARROWS. Whilst their more famous aerial brothers grabbed attention in the sky, the more sedate but WAY funnier Red Barrows entertained the crowds in the Show Ground with their brilliant wheelbarrow-based routine. They provided the most laughs I had all weekend (so much so that we went back to watch them a second time on Sunday) and made for a really great, family-friendly piece of entertainment amongst the more high-octane thrills and spills of CarFest. If you get a chance to see these guys at another event, I highly recommend it! 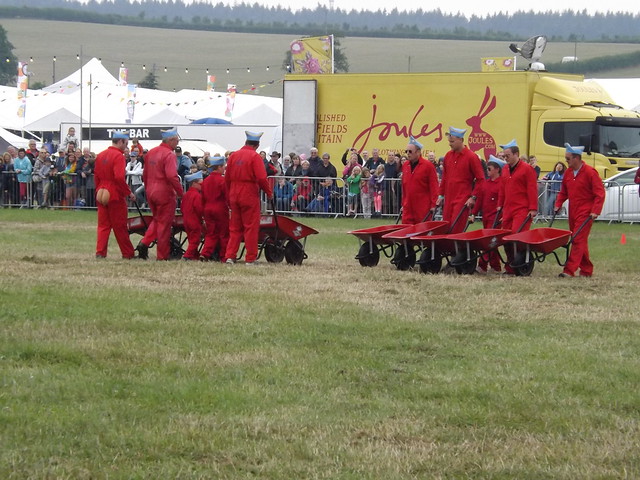 So there we have it – those are my Top 10, but I could list another 50 great things we saw or did – and we’re definitely planning on going again in future. If you are thinking of attending next year and need some tips or advice, don’t hesitate to leave a comment or reach out to me on Twitter.