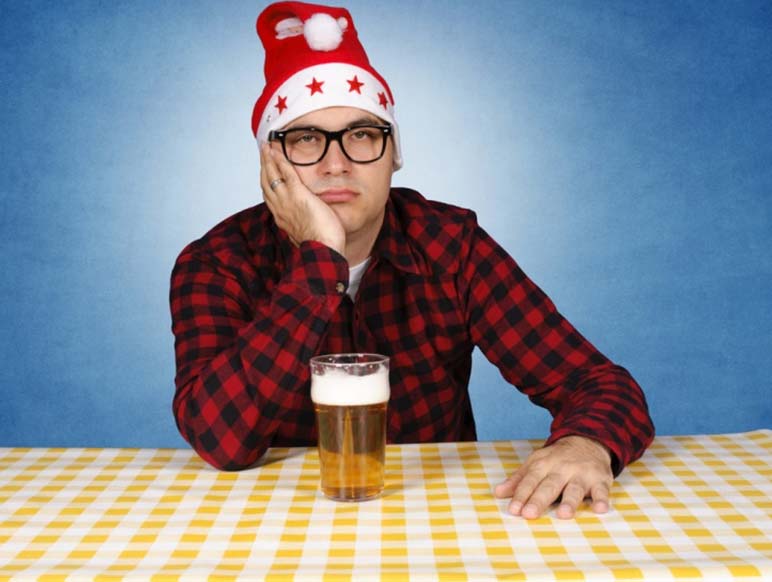 We’ve all been there. The run up to Christmas means you get a randomly selected recipient for you amazing gifting skills, but fate deals you the weirdo that sits in the corner picking their nose, speaks to no one all year, and that you generally hate. Someone has to have them no matter how much of an oddball they may be, the stoic sense of justice set deep inside you can’t let them down, but that doesn’t stop you wanting to.

Here are some ways at every stage of this disaster to make it a little bit better, without ruining too many other people’s day.

You can never be too sure that there aren’t other hands at work when it comes to who gets who for secret Santa. It’s like a festive Christian Game of Thrones where you can’t trust anyone, especially not Cersei as she probably doesn’t exist in this situation.

You need to appear as though you are emotionally beige on the matter of who you get for Secret Santa. Any obvious signs that you’re against or particularly for any given person can always throw things in your favour and get you and Billy No Mates a one way ticket to Christmas present paradise. Be polite at all times and don’t hint for a second that you care.

As the hat, bucket shrunken head or whatever other diabolical item you’re using to pass names comes around you want to keep the aloof attitude you have maintained thus far. The game is not over yet. Better still don’t look at your name as soon as you receive it. Looking too suddenly will show your nerves, Play it like you could have all the names on your card and it wouldn’t faze you, because you’re such a brill guy and/or gal.

When you do look, exercise your poker face and look neutral, or that it was the best choice you could have hoped for. If anyone notices you pulling a stanky lip, they will remember it until you reveal who you got, sealing you as the office meanie for the rest of your mechanical, corporate days.

Even if you hate the person involved it can’t be an obviously bad present. If your boss tags on that you’re a dodgy gifter you’ll get the sack in no time. For secret santa presents go to http://www.gettingpersonal.co.uk/christmas-gifts/secret-santa and pick out something quaint yet utterly unsentimental: you don’t want them thinking you’re their friend after all this.

Giving out the presents

This is your most difficult time. Assuming that you’re a predominantly pagan office and have some kind of pit around the centre of the room in which to sling them, you must do so with the greatest confidence. Make sure your present smashes a few on the way in- it won’t break because it’s the best present ever and the best presents don’t break.

As the intended reciepient pick up the gift, stand in the distance and watch in stealth, not too dissimilar to how Sherlock watches Watson at the end of the last season.

By this point the undesirable target will be ecstatic with their present and you can go about your normal Christmas duties.