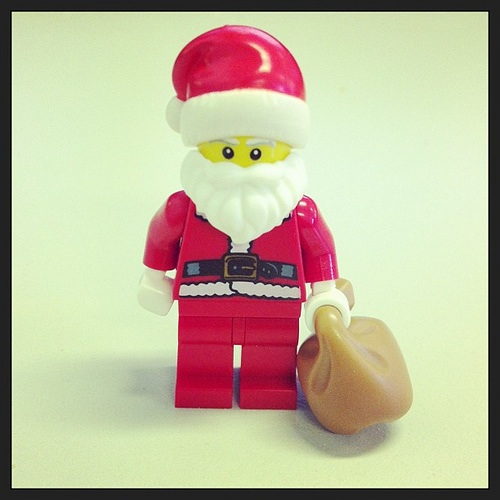 With the major disruption and stress of our house move now behind us, the Christmas spirit has well and truly arrived in the Elliss household. The Christmas tree is up and decorated, the tinsel is hung and the wreath has yet to be stolen from our front door. We’ve even had multiple viewings of the Snowman. Things are really getting Christmassy at last.

With the arrival of the season of giving comes a number of parenting quandaries: How do you give generously without spoiling? Should you arm your child with a card for everyone in their class, or just some? How do you get my son to say “advent”‘properly, rather than “advert calendar”? To name but 3!

But the quandary I have been thinking about most – mainly due to the flurry of debate I have seen amongst some of my fellow parent bloggers – is that of good old Santa Claus.

Now Santa doesn’t sound like he should be a contentious fella, but take my word for it – he divides opinion even more than Miley Cyrus’s work ethic.

The main point of contention is about Santa’s very existence. A growing number of parents are taking the view that telling your child that Santa is real is akin to lying to them. I’ve even seen one person suggest it is cruel and “mocking”, almost akin to bullying your child through laughing at their idiocy.

Then there’s the debate about how long you should keep up the charade, with opinions divided on that one just as much. Yesterday, Dad Blogger Patrick even suggested a “Santa Standard” of nine years old, which we should all agree on.

Now I’m not going to presume enough about any of my readers to lecture you, or tell you what you should or shouldn’t tell your children. Do whatever you like – all I ask is one simple thing:

If you DO decide to take the magic of Santa out of your family, take a moment to explain to your child that not everyone will be doing the same. In other words, tell your child not to ruin the magic for others.

That’s all I ask – and I don’t think it’s a big request. In the same way that you teach a child that it’s rude to spit or swear, or that hitting other children is wrong, explain the Santa thing to them.

Now I realise that asking your child not to reveal the “truth” behind Santa isn’t going to be foolproof – we all know that children can be spectacularly cruel to each other when they want to be. But if your lesson means even one little child gets to retain the magic of Santa for one more year – before the cruel realities of the world reveal themselves to them in one more way – you’ll have done some good.

And isn’t that what Christmas is all about after all?