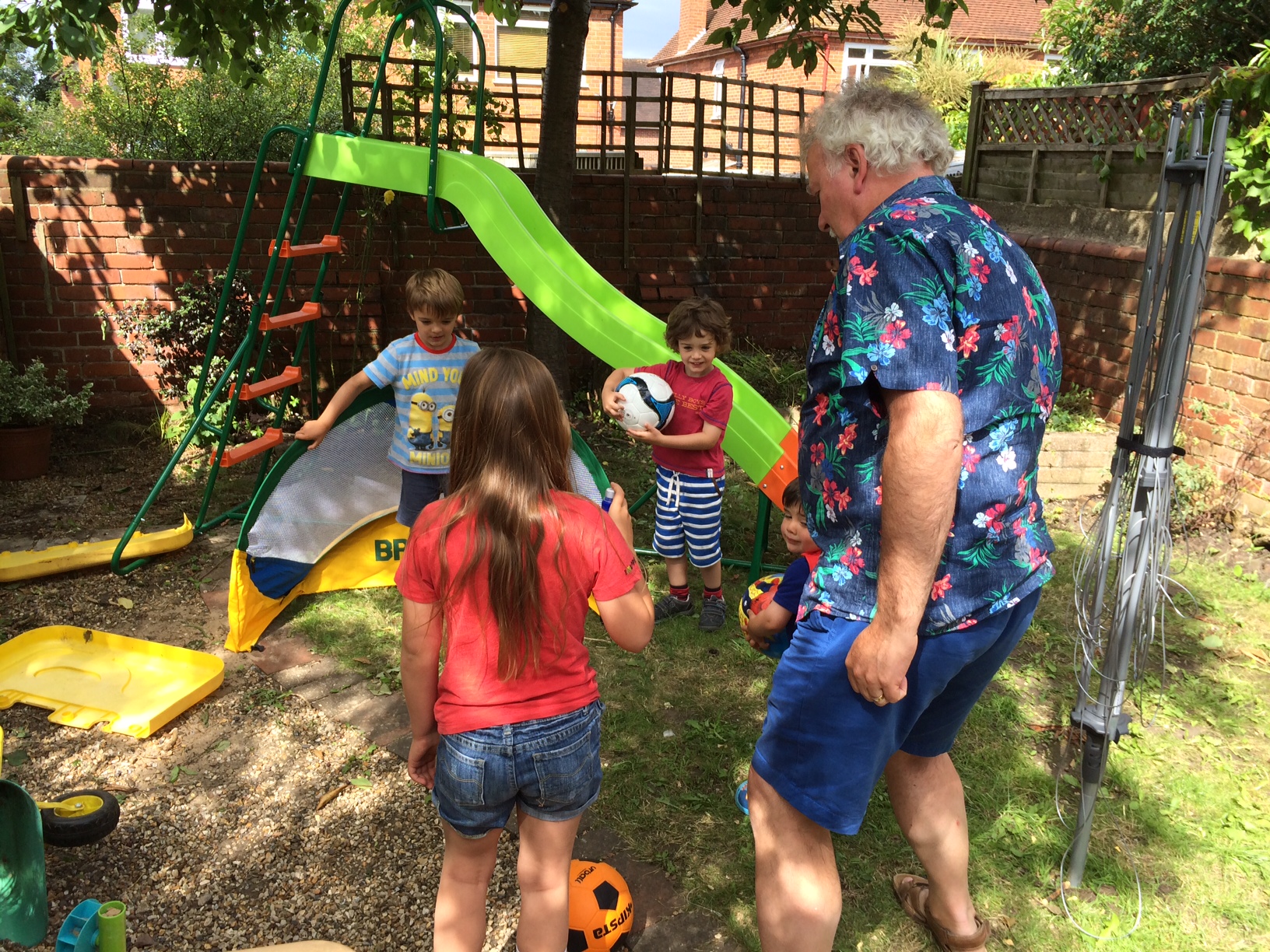 With the drama and panic of yesterday now just a distant memory, it was time to get back to the original plan for the weekend – a birthday party for the boys.

Robert turned 6 2 weeks ago and Freddie turns 3 next week, so we decided (as we have in previous years) to save our families driving up to see us twice and throw a joint birthday party for the both of them. Nothing spectacular or over-the-top, just close family and some nice food on a (hopefully) sunny, summer day.

Having spent yesterday preparing the house for 14 visitors (by far the most we’ve hosted since we’ve been here) today was all about prepping the food.

And as luck would have it, I received a perfectly timed email from a nice lady at Waitrose who asked if we’d be interested in trying out some of their Brazil-inspired recipes at an upcoming party. Naturally I jumped at the chance (seeing as the party was already planned – seems like it would be rude not to, right?) so I took my hard-earned Waitrose gift card down to our local store and picked up the requisite ingredients.

As it turned out, I went rather over board – having been give a £50 gift card to spend, the final bill was WELL into triple figures. So whilst I’m grateful to Waitrose for the contribution to the party, they’re also massively at fault for me going crazy on my shopping this week. Turns out I don’t ever look a gift horse in the mouth.

No, instead I jumped on said horse and rode off into the sunset, screaming “Woo hoo!” and flashing my credit card. Hey ho.

The dishes we chose to have a stab at were the Fruity Lamb Sausage Rolls (UTTERLY delicious!), Mini Tuna Burgers with Wasabi Mayonnaise and Mexican Tortilla Melt. All three went down very well, and we also chucked in a load of other dishes we found on the Waitrose website – most of which you can see in the photos below.

You can’t see it very well in the photos, but the only last-minute change we made as a result of yesterday’s accident was with the cake – we changed from the planned Octonauts cake theme to doing a Mr Bump cake instead. It seemed rather appropriate!

Whilst I’m clearly not an advocate of the old “A picture tells a thousand words” thing – check out how much I waffle-on for proof – I’ll pause my waffle there and leave it to the photos to tell the rest of the story. Needless to say we had an excellent day and Robert and Freddie both enjoyed themselves. I won’t lie and say either of them ate much food mind you – being a party they naturally filled up on bread and crisps, pausing only for a large slice of cake to top it off before running back into the garden. But hey – we enjoyed it even if they didn’t!

Please note: Some of the food being featured was provided to use free-of-charge for review purposes. Though the rest I bought.