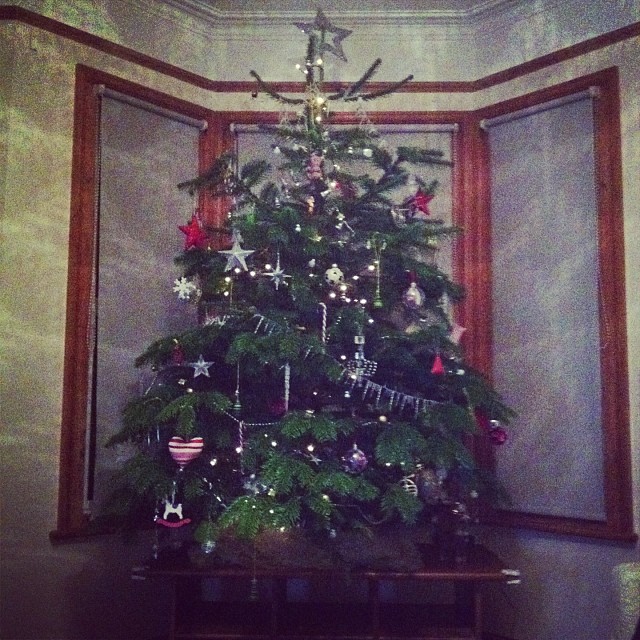 Time for an admission: I’m one of those annoying people who starts getting excited about Christmas around the start of November.

Actually, that’s not strictly true: I actually start getting excited about it around the end of August, but I try not to vocalise this excitement until slightly later in the year, lest I make everyone around me cross.

What I’m NOT is one of those people who will force other people to get excited with me – whilst a recent straw poll on my Facebook revealed quite a few other people I know were also looking forward to the festive period too, I know there are plenty of people who like to limit their Christmas experience to a much smaller timeframe.

It’s not just Christmas Day itself that excites me – though it IS my favourite day of the year by a country mile. But I love the whole package – the run up, the preparation, the season itself, the mood. Pretty much everything about the festive season is awesome.

Christmas for me has always been about spending quality time with family and friends – when everybody (well, most of the people I know anyway) is looking forward to the same thing, so you can focus on something positive together. The stress and strain of the year are coming to an end, ready for a fresh start in the new year.

Unsurprisingly, it’s become even more appealing to me since having children – seeing the joy it bring them heightens the experience ten-fold. When the ‘giving’ of presents becomes more exciting to you than the receiving (which it inevitably does when you can afford to by stuff for yourself) having an excitable, grateful recipient makes presents even more fun than before.

Right now (as of November 6th) we – thankfully the rest of my family are just as excited as me – are already making our Christmas cards, planning our Christmas day meals, finishing off the last of the present buying and looking forward to seeing friends and family over the next few months.

Don’t worry, we’re not listening to the Christmas music yet, or decorating – we’re not THOSE people.

This year has been a particular eventful one for me – work has been busier than ever before, we’ve been in a new house for the first time in nearly a decade, and life in general has been hectic. Our youngest has started at nursery, both kids now have (miniature) social lives to contend with, and my wife’s job has taken a busy new turn as well. So all that seems to be making Christmas even more appealing than ever.

Don’t fret though, I shalln’t be harping on about it on this blog for the next two months – I know my festive joy isn’t everybody’s taste. But I can’t hide it completely, so I thought I should get it out into the open now…

It really is the most wonderful time of the year, and I for one can’t wait!

1 thought on “Fatherhood²: It’s the Most Wonderful Time of the Year”