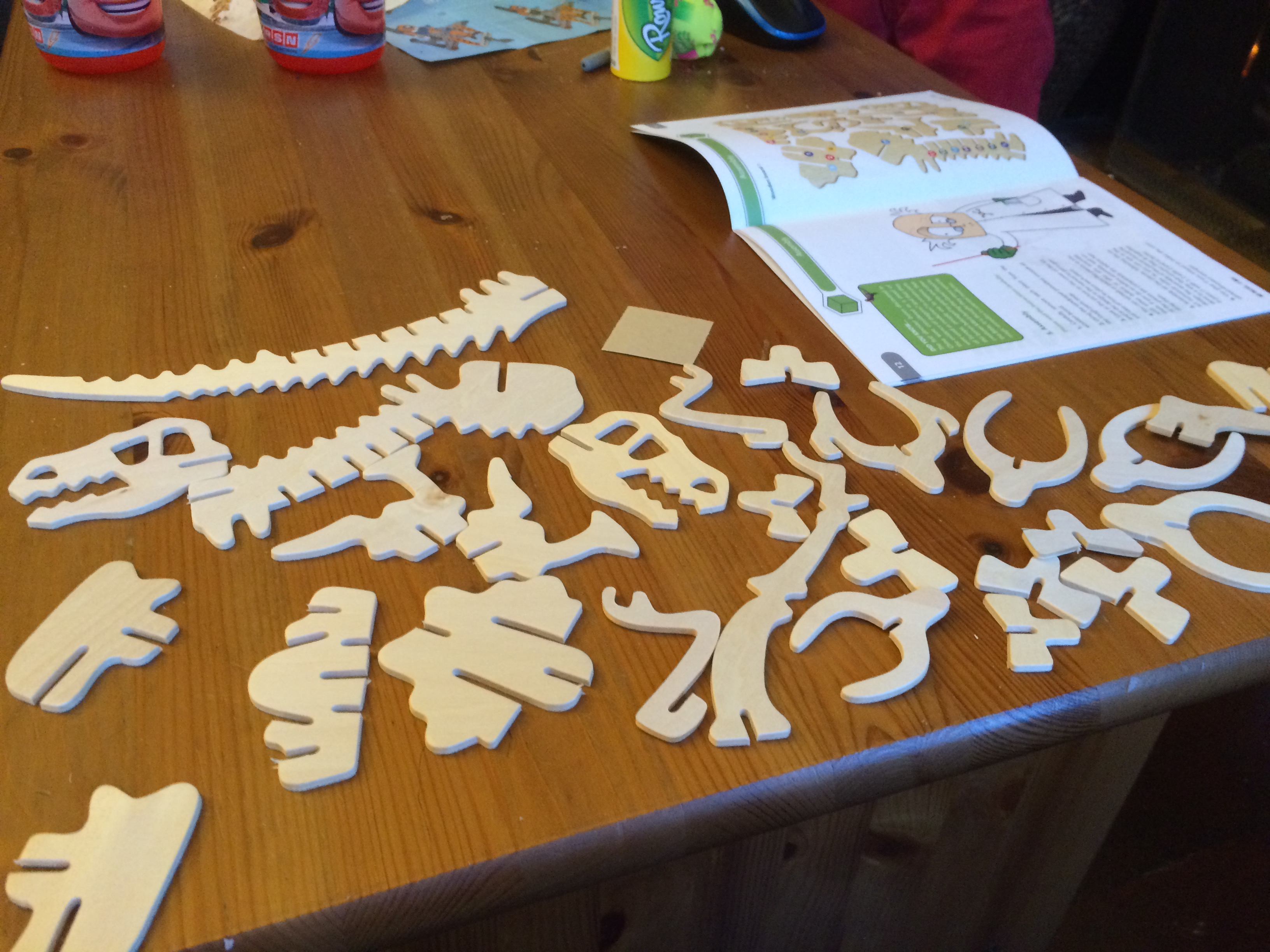 I was recently contacted by a lovely lady from a website called ‘Science4You‘, who asked if the boys and I would like to review some of their sets. Having never heard of the site before, but being intrigued enough by the name, I accepted happily and awaited my parcel in the following week’s post.

The sets they sent us were their ‘3D Wooden Puzzle – T-Rex’ model and a ‘Origami Animals’ set -disappointingly for Robert, who had been expecting a chemistry set I think – probably for the best, given his age! And we’ve given both a try.

The T-Rex puzzle went down very well (luckily, Robert and Freddie are both mad about dinosaurs at the moment – Fred even sleeps with a T-Rex teddy!) though it was a tiny bit fiddly, even for Robert (6). Thankfully I was there to assist (as all good parents should) and it didn’t take us long to construct the tiny dino.

The origami was a little more fiddly still, but that might be down to the tiny fingers involved – and once again I stepped in to demonstrate how it was done. I suspect origami might require a little more patience than a science-loving 6 year old has, but there are plenty of models in there so we’ll persist and see if they get the hang of it.

Both toys were well-made and competitively priced – and often based on ‘classic’ toys (I remember having a similar T-Rex puzzle when I was their age). I was a little disappointed by the lack of dad mentions on their site (check out the ‘What Mums Say about us’ section – couldn’t that easily be ‘parents’?!) but since they seem to be a relatively new company I’ll give them a pass for now.

I’d definitely pick up another set from their range if I saw them in a shop, though, so I can highly recommend them if your little one has an inquisitive mind too.