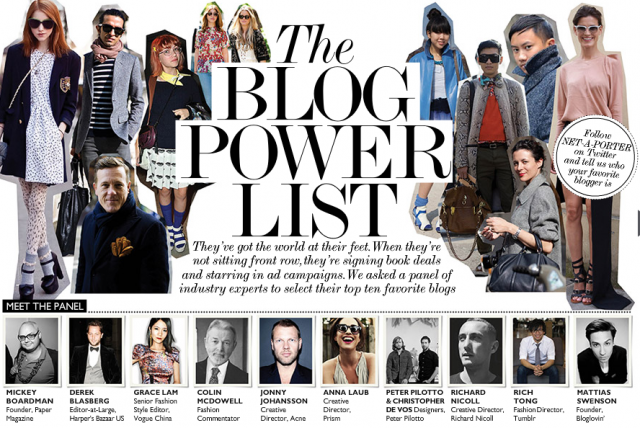 As you’ve probably guessed from the title, I’m about to have a rant. And not just a “Henry woke up on the wrong side of the bed” type of rant – this is one of those rants that is likely to get me blacklisted by just about every entertainment brand out there, forever highlighted in red with the words “Trouble Maker” next to my name.

Most bloggers I know try to avoid rocking the boat when it comes to blogging – whether it’s calling-out Google on their threats of penalties or shaming PR companies who insult our intelligence, most bloggers prefer to stay quiet – though believe me, we talk about it amongst ourselves. But I’m not prepared to stay quiet any longer, because I think that, as a group, bloggers are being insulted and belittled on a major scale.

Let me give you some background, some of which might explain why I feel so passionately about this. I’ve been blogging for close to a decade now, in one form or another, but I’m also a marketer, and have worked in digital marketing for coming up to 15 years. I sit on both sides of the divide – I work with bloggers on behalf of my work clients, and as a blogger I work with brands – on the rare occasion that they approach me in a sensible and positive way. If you see a product review or sponsored post on my blog, you are safe to assume that brand are doing ‘blogger engagement’ reasonably well. I’ve had plenty of good experiences with brands – and plenty of bad ones too.

As a blogger, I make very little money from my work – it’s certainly nowhere near enough to support somebody (let alone a family!). But even though I’d LIKE to make some, it’s not important enough to me that I’d sacrifice my integrity (or self-respect) to do any old crap for money.

As a marketer, I know that (most) brands or sites have budgets to work with site owners (though they’d much rather not have to spend it – which I totally get) so I don’t expect to have to work “for free” where the brand is making money.

Obviously there are exceptions. Charities is one good one – if I support the charity in question, I will happily promote them for zero return. Fledgling start-ups and crowd-funded projects are another. Provided I like your product or service, and can see the benefit to my readers, I’ll promote you if you ask nicely.

But I’ve lost count of the number of times I’ve been coldly sent a press release and asked to write a detailed post, with absolutely no return, or even politeness – because the person sending it assumes that I work in the same way as an old-school, print journalist. You know the cliche – deadlines to make, space to fill, lunches to take. I’m not a print journalist – this isn’t my day job, I don’t have deadlines, I don’t need to “fill space” and so I have zero compunction to write about your cruddy product just to pass the time. Let me review your product and I might think differently – but even then, it’s got to be something that works for me too.

I should clarify at this point: I know plenty of excellent, digital journalists who feel the same way and have to put up with this rubbish too.

Lately, I’ve had a few approaches from PR companies working on behalf of Hollywood movies, asking me to promote their film – and they expect me to do it at great expense to myself. On the rare occasion that they even ask me to a screening, it’s never at a convenient time or location for me – it’s always in London, always during the day and I’m always made to feel like I should be grateful for even this “scrap”.

But for some reason, these film PRs seem to have even more balls than your regular run-of-the-mill PR folks, and ask you to promote their film even if you can’t get to the screening – presumably because I should feel grateful that I have been asked? “Why not write a post and use our hashtag?” they suggest. “Celebrate the release and share some photos – we’d love that!” – yeah, I’m sure you would!

Here’s a very recent example – and I’m anonymising it only to protect the identity of the PR in question, because I’m not THAT mean. You might be able to work out the film in question – but let me reassure you of this: these guys have a LOT of money to promote this (massive) film. They have several national sponsorship deals, a tie-up with the biggest retail site in the world, TV spots, food sponsorships – the works.

“We are currently working with [redacted] on the theatrical release of [redacted], which is coming to UK cinemas on [redacted] 2015. You can catch the latest trailer here: [redacted]

“The release coincides nicely with Father’s Day on the 21st and to celebrate we are looking to do a piece of activity with key daddy bloggers on how your little ones will help you on Father’s day.

“We’d love to have you share photos and stories on site and on social channels, using the #[redacted] hashtag, and we would also look to invite you to an early screening of the film, which is scheduled in for Father’s Day (Sunday 21st June).”

I politely replied, asking whether there was a screening near me (there isn’t) and what was in it for me – in a polite, friendly way. So far, no reply.

The hashtag they asked me to use is already MASSIVE – so I’ve got no idea how they would hope to measure the “daddy blogger effect”. But what REALLY got my goat is that they’re holding the screening on Father’s Day – on a Sunday, in London. So I’m expected to give up my Father’s Day and spend half of it in a dingy screening room watching a film – a film which, I should probably add, I can’t WAIT to see with my kids, and will almost certainly see at the cinema multiple times before it hits Blu-Ray.

Obviously, I replied again and asked what they would do for me in return (now that I can’t attend) but as of yet I’ve not heard back – but even if they come back and offer something, it REALLY gets my goat that they don’t offer anything upfront. I get why they’re doing it of course – who doesn’t want something for nothing after all. But I’m baffled that one of the biggest movies of the year has decided to treat bloggers like fools in their promotional efforts. Do we really add so little value that we should consider ourselves lucky to even be on their contacts list?

Presumably not – after all, if bloggers weren’t valuable to them as a marketing channel they wouldn’t even contact us in the first place. The only thing I can think of is that enough bloggers are lapping this approach up to make it viable for them – jumping at the chance just to “work with a brand”, in the hope that something better gets offered next time? I think that’s crap, personally – and I say that as a blogger AND a marketer. Give me something for free, I’ll assume you’re happy to give it again free next time.

As one fellow blogger suggested to me when we discussed it, perhaps I should invite the PR person to a special talk I’ll be giving on blogger engagement, and ask them to promote it to their media contacts afterwards, as well as writing a post about it on THEIR blog?

Ironically, this whole experience has made me want to see this movie LESS – and I was really looking forward to it, too.

So I’m taking a stand, and will no longer stay quiet in the face of insulting approaches, patronising press releases and shoddy requests. If enough of us do the same, they might finally get the message!

What do you think – am I being unfair? Just a big whiny idiot? Perhaps I should just be thankful to have been contacted? Let me know! Just don’t expect me to use your hashtag in my reply…