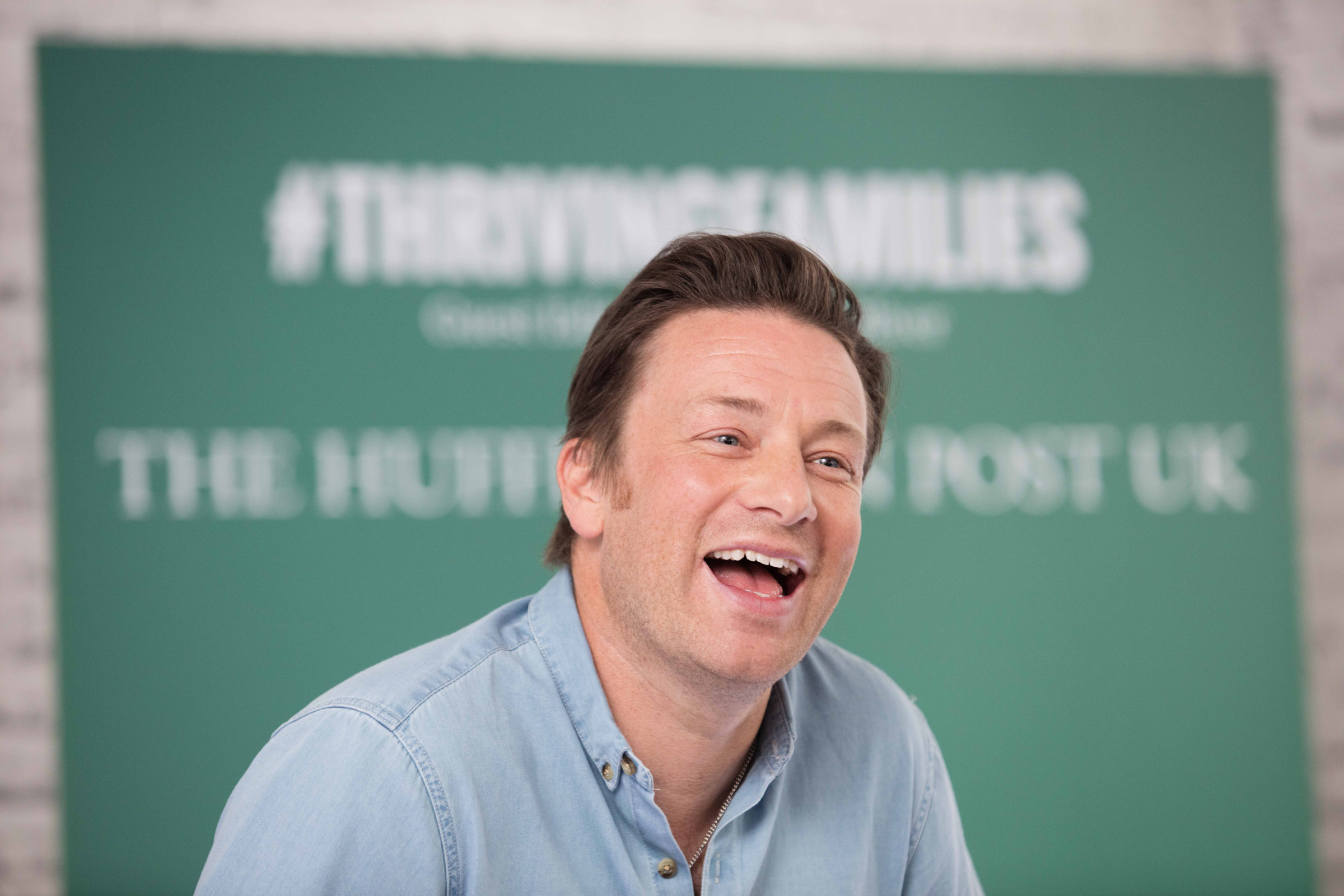 Today I had the privilege of being invited to take part in a really interesting event at the offices of the Huffington Post in London. Myself and a selection of other, much more prolific parenting bloggers (and a few others to boot) were asked to take part in a debate with TV Chef and all-round nice guy Jamie Oliver – an opportunity that I’d have to be a right idiot to turn down. Naturally, I jumped at the chance.

As luck would have it, the HuffPo offices are only a couple of underground stops away from the Good Relations offices, and my lovely new colleagues at GR were kind enough to let me skip a couple of meetings to attend. So I made my merry way over to Tottenham Court Road, quietly shaking in my boots, and I got stuck in.

To launch their ‘Thriving Families‘ month at the Huffington Post, Jamie was editing the site for the day – and one of his editor duties was to debate three specific topics with us: Guilt, The Rulebook and Happiness. Three topics which I had plenty of opinions on, but was almost certain I would be too nervous to speak-up about.

Luckily, as one of 3-4 dads in the room, the lovely Mr Oliver ensured we all got to take part – though I probably made life extra difficult on myself by sitting in the seat right next to Jamie’s “Throne”, meaning I was one of the first people he turned to. D’oh! But I was really pleased to chip-in on the subject of ‘Guilt’ (something I have plenty of!) and you can find out what I said over at the Post’s Twitter Moments from the event, or the summary they ran on the site itself.

At the end of our all-too-short session with the top chef, Jamie called on all of us to help him in his ‘Battling Childhood Obesity’ initiative, which is facing a number of challenges because of our recent political upheavals. So I’ve no doubt I’ll be blogging more on this subject in the coming months.

It was a real pleasure to be invited, and a great fun session to attend. Massive thanks to the guys at the Huffington Post for inviting me, and of course to Jamie Oliver for kicking things off in his own inimitable way. I’ll include a few photos below, in case you’re curious! Sadly I chickened-out of taking a selfie with the big man, but I look forward to cooking up some of his recipes in his new book over the next few months!

1 thought on “Fatherhood: Talking Food with Jamie Oliver and HuffPo”