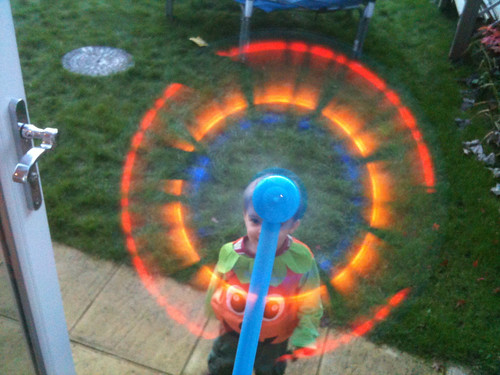 We were at my Brother’s house today, for a Hallowe’en party – mainly populated by children between 2 and 7 years old. As you can from Robert’s costume, he went dressed as a pumpkin! The strange light show you can see in front of his face was a spinning light stick… thing, which somebody had bought. Later on in the party, a 3 year old walked up to me clutching the stick and said to me “Do you feel more chilled up now?”. Bless him.