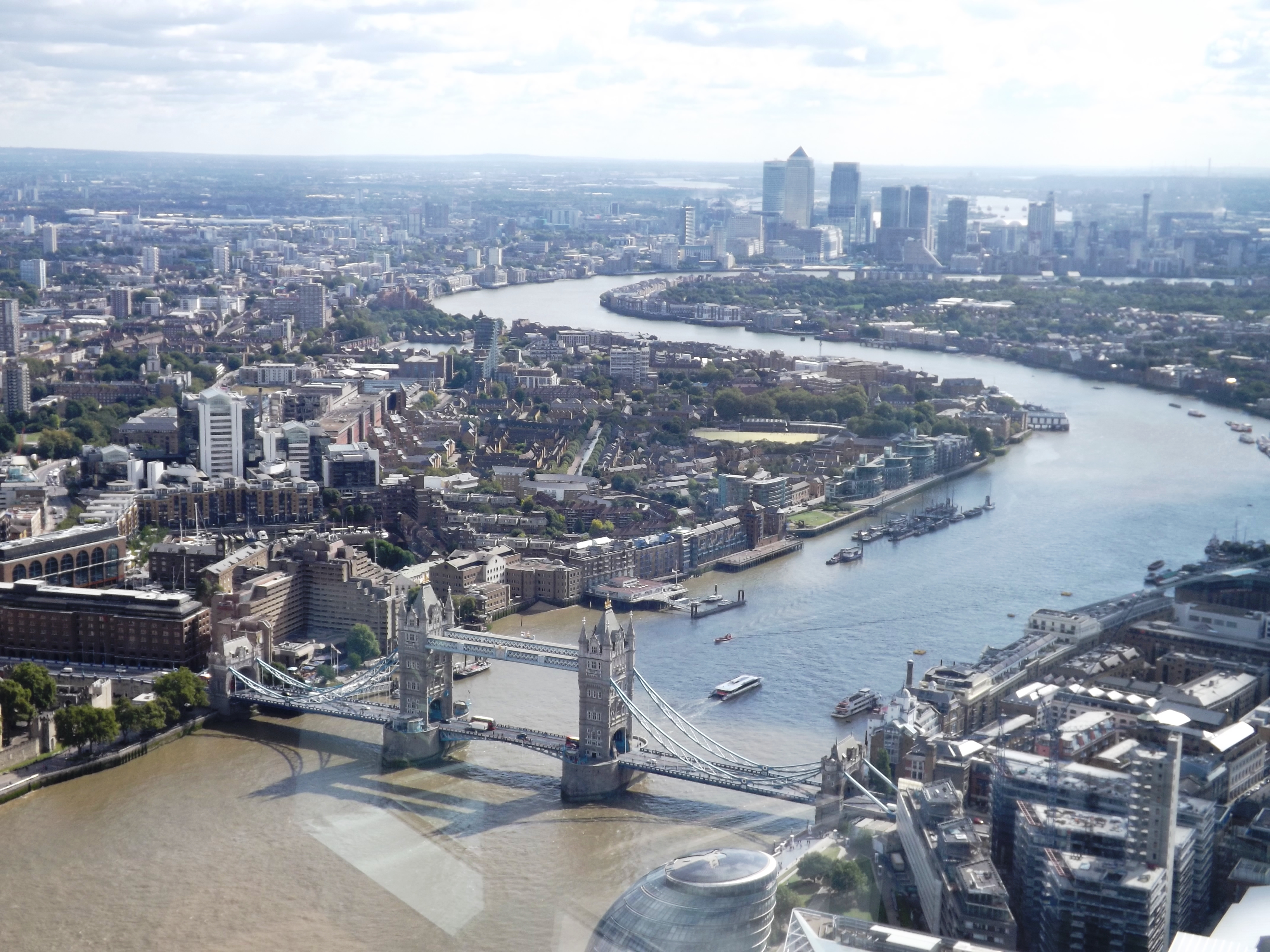 As I’ve reviewed a few family days-out now (all at my own behest, I hasten to add – though if anybody wants to send us anywhere nice, just shout!) I decided I might as well make a bit of a feature of it and review some of the other days out that we have as a family.

Today we headed in to London for a day of being tourists – starting out with a trip up one of London’s newest attractions, the massive Shard building. With Robert currently obsessed with “What’s the tallest X?” and “What’s the biggest Y?” questions, it seemed ideal, so off we went to London…

Being a bank holiday weekend, we thought it would be best to book ahead – and the queue when we arrived (at opening time) proved us right to do so. Thankfully, our advance purchase meant we sailed through the queues and were up to the 68th floor with no muss or fuss.

The first platform you reach is floor 68, which is all enclosed and provides 360 views of London whilst remaining warm and cosy – though as my wife proved, it’s still not particularly nice if you’re afraid of heights!

If you’re feeling adventurous, you can head up the stairs to the 72nd floor, which is still enclosed but partially open to the elements – which gives for an even more up-close experience of the skyline, as well as offering even better views.

As luck would have it, the sun was shining and the clouds only came half way through our trip, so I managed to snap some lovely shots. I’ve included a few below so you can get a feel for it.

Whilst Robert (6) utterly loved seeing all the sights of London from the air, Freddie (3) found it a bit less exciting. Whilst the view is undoubtedly the main attraction here, the owners haven’t done an awful lot to make it interesting for the little ones – short of a few video screens and signs pointing out what you can see, there’s isn’t really much to DO up there at all – for kids OR grown-ups.

But I guess if you’ve booked a place on a day-out called ‘The View from the Shard’ you probably aren’t expecting Chessington or Legoland levels of excitement!

All in all it was a fun experience, and Robert is keen to do the same in some other cities – he’s already told me he wants to go up the Eiffel Tower and the Empire State Building, so I shall be keeping my eye out for some good deals on those in the next year! Because, you know, I wouldn’t want to let him down now would I?!

2 thoughts on “Fatherhood²: Family Days Out – The Shard”