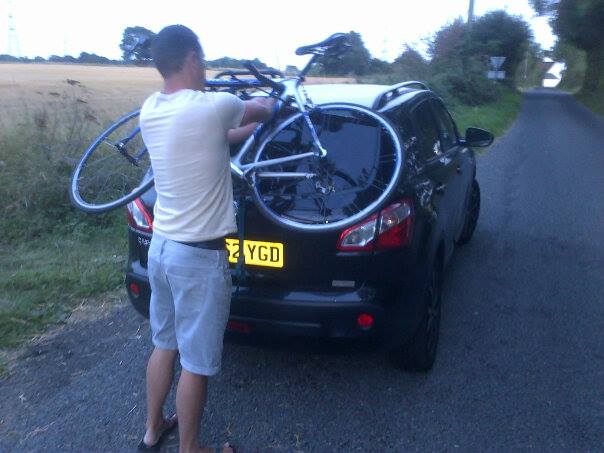 This time round I’ve taken two weeks off, a week off for ‘me’, and a week off during half-term. But there’s a problem.

That problem is the first week – the ‘me’ time – and specifically what to do during ‘my’ week to ‘make the most of it’? (Other than overuse inverted commas).

Did you spot what happened? I’d excitedly planned day one, thinking how I’d geek out with my binoculars and get a face full of nature and stay in the hide for AS LONG AS I WANTED. But, thereafter pretty much any activity out of the house ended with a question mark. Why?

I quickly realised (with the aid of a look from my wife that said ‘weirdo’ when I said I might go birdwatching by myself) that doing stuff on my tod just wouldn’t be fun.
It’s a nice idea, striking out on my own, master of my own destiny, 6 whole hours to myself before school pick-up, but doing stuff with the kids makes things immeasurably more fun and more enjoyable. For kids, read family.

What if I’d seen a peregrine, or a kingfisher? Who would I high 5 and get to write it up on the sightings board? (Combination of #GeekProblems and #DadProblems right there).

That said, although Milo(8) has a passion for wildlife that mirrors mine, the girls will politely feign interest, gamely reacting with ‘oh that’s nices’ when we see something of medium excitement. So it’s not necessarily the kids / family being there the whole time that makes a trip more enjoyable, it’s for those moments you want to share. The moments that matter. The rest of the time, if they’re with me, is spent getting the kids a hot chocolate, having convoluted conversations from ‘how does gravity work?’ to the age old ‘if a lion and a tiger had a fight who would win?’ (the tiger), to telling them not to block people’s views, stay where I can see you, don’t get too wet / muddy / cold, and WHERE ARE YOUR GLOVES / HAT / COAT?

So when I’m with them, I probably get 50% of an already short amount of time actually doing what I want to do. But it’s that moment when we see something cool, to point it out to them (or they point it out to me!) and see the look on their faces; that moment easily outweighs the thought of spending a decent length of time by myself, half-enjoying a whole bunch of mildly interesting spots. It’s the old quality not quantity thing. Enjoyment or excitement is multiplied immeasurably when it’s a shared experience.

A real example comes from that Egypt trip in fact; I was snorkelling by myself around one of the reefs a couple of hundred metres off the jetty and I had a slightly too close for comfort but thoroughly amazing encounter with a lion fish. Afterwards, I ran back to the room, burst in and shouted ‘GUESS WHAT I JUST SAW!?’

I was deflated. Like the lilo in the corner. The kids were still impressed when I told them, but it wasn’t the same, and it was because you can’t share the excitement of an experience after the fact.

I suppose what I’m trying to say – and it’s difficult to sum up without sounding cheesy – is that without other people to react with, life seems pretty pointless. Everyone loves a high 5, but you love it even more if it’s in the moment, a natural and immediate reaction rather than a hoped-for endorsement of a story well-told.

So I’ll get out and about with the kids during half-term and enjoy it all the more – to the woods, the nature reserves, the cinema, the beach, the chippy(!) – but if I do get out there by myself during ‘my’ week, I’ll almost be hoping I don’t see anything awesome, because awesome isn’t awesome without the kids (and wife).

Tom Griffiths is an old work colleague and fellow digital marketer, as well as being a father, husband, twitcher and flip-flop fan. He doesn’t have a blog but if you search for the words ‘High Five’ and ‘Flip Flops’ on Twitter, you’ll probably find him

1 thought on “Fatherhood: Guest Post – Everything is indeed awesome (or at least more enjoyable) when you’re part of a team”