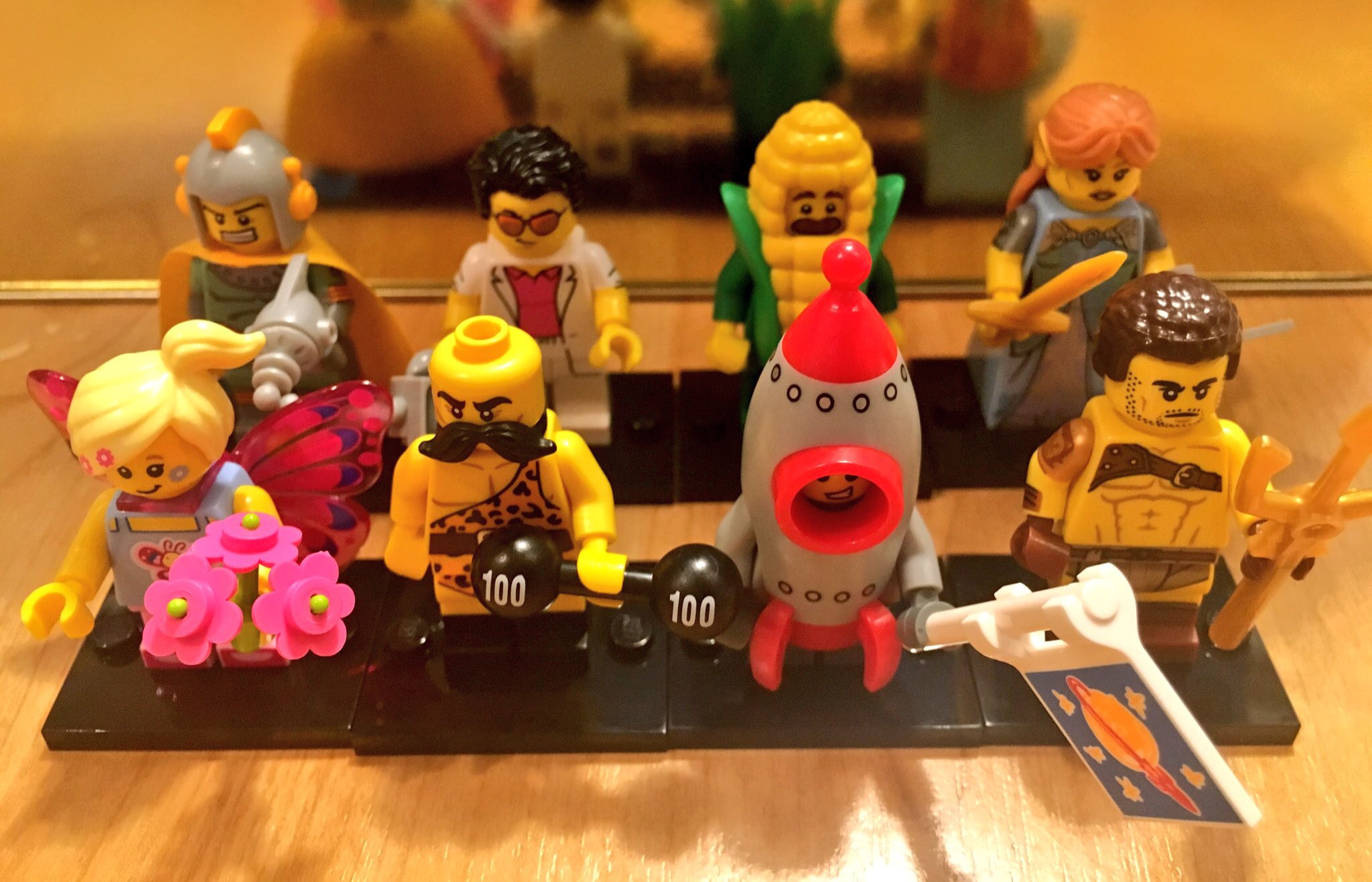 As most people who read this blog will probably be painfully aware, I’m a bit of a Lego fan. Actually, that’s probably an understatement – I’m a huge, geeky Lego fan – and thankfully my children like it quite a bit too.

We have boxes and boxes of the stuff (all sorted by colour, obviously – we’re not neanderthals…!) and our spare room is the defacto Lego display room, with 5 shelves of models on display.

And that doesn’t even cover the kids room, which is also fairly full of models.

But one of my favourite aspects of Lego over the past few years has been the “Minifigure” collections. I’ve been collecting them since series 3 and have even designed my own Minifigure Display Cases, using Ikea frames and a bit of superglue.

So when the lovely people at Lego asked if I wanted to take part in a little launch activity for Series 17, naturally I jumped at the chance!

About a week ago, a mysterious box arrived, which contained the newest minifigure collection, along with a few other surprises. Taking heed of the instructions in the pack, I carefully assembled the minifigures, and lined them up ready to show the kids the next morning at breakfast.

When we came down the next morning, however, the minifigures had all had their accessories stolen – with only a photo of the thief to go on… along with a set of clues!

The clues were cryptic, but they looked crackable – so the boys and I set to work finding where the cheeky thief had hidden the Lego…

The thief had employed a number of cunning hiding places, from a Corn-cob costume hidden in the vegetable drawer of the fridge to the Elvish sword wedged between the Lord of the Rings DVDs – ut after careful searching we located them all.

A couple of days later, the same thing happened again – the nice people at Lego had sent us the second half of the minifigure collection, but the thief had been up to his old tricks. And by the looks of the clues and mug-shot, he had been joined by a young apprentice this time…

This time we let Freddie lead the hunt, and he didn’t let us down – not only did he find all of the missing accessories, he also caught the thief in his tracks – and stole his plunder, a bag of chocolate coins!

With all 16 minifigures now reunited with their accessories, we decided to keep them safe in a nice, thief-proof storage frame – let’s hope the pesky Highwayman doesn’t figure out where we’ve hidden them again…!